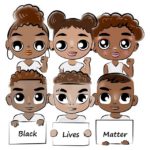 Understanding the impact of the pandemic lockdown on at risk children and youth has not been easy.

The media has been stuck in harsh politics and the health crisis we are living through.

Institutional reporting and transparency about child wellbeing and meaningful post COVID data is hard to find.

This CASEY Foundation survey shows the population of Black youth in juvenile detention on Feb. 1, 2021, reached a COVID pandemic high, while that of white youth was the second lowest recorded in more than a year.

Pre COVID, almost a third of American youth are arrested by the time they are 23.

This is almost the same statistic as the percentage* of American children reported to child protection by the time they turn 18.

In the words of Minnesota’s former Supreme Court Chief Justice Kathleen Blatz, ” The difference between that poor child and a felon, is about eight years”.

For decades, the U.S. has spent more per capita on crime and incarceration than any other industrialized nation (by a big margin)

Today, many of those same states have overcrowded prisons with what could be a significant increase in crime on the horizon.

As the Corona Virus sweeps the nation, nearly half a million people who have not been convicted are in jail at high risk of being infected.

The racial disparity in arrests, incarceration and parole add one more reason to question our Justice System’s relentless and counterproductive punishment model.

The police killing of George Floyd (and many others) is just one more driving force to do so.

The ACEs healing model for children and youth that have suffered from child abuse and trauma will be a welcome change for millions of at risk youth and the communities they live in.

A pathological lack of empathy is driving our politics today.

This ensures that generations of dysfunctional families will continue to maintain over the top rates of crime and punishment.

Arrest and incarcerate and the racial disparity that goes with it.

Add that to the mental health issues addressed in the thirty years of study conducted by Dr. Bruce Perry & his conclusion that 25% of Americans will be special needs people by the end of this generation.

Federal Reserve Bank studies have repeatedly demonstrated how investing in children gives the highest return on investment of any governmental programs.

As a long time volunteer CASA guardian ad Litem, the saddest reality is watching perfectly beautiful little children grow into juveniles and adults unable to manage the traumas they have suffered who then go on to lead awful lives.

Not addressing their mental health issues of trauma and abuse can only continue to make our streets dangerous, schools fail, and quality of life a shadow of what it has been.