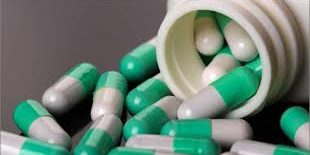 Also from the CDC article, “It is now the job of every parent, educator, and caregiver to help mitigate the long-term consequences of the trauma kids are living through. During my many years as a teacher, I saw first-hand how a child’s mental health impacts their ability to learn and grow — not only in the classroom, but in life.”

Here are some ideas from the CDC article above;

States must create their own roadmaps for success. Fortunately, there are models to serve as guides. For example, New Jersey’s “Road Forward” initiative provides $1.2 billion in federal COVID-19 relief funds to school districts across the state for students and educators. This includes a $30 million mental health grant that will help school districts facilitate services and invest resources in a way that will best serve the unique needs of their community.

Our federal government has a role to play as well. Representatives Grace Napolitano (D-Calif.) and John Katko (R-N.Y.) introduced the Mental Health Services for Students Act, which would create a $200 million grant program to fund mental health services in schools. If signed into law, this would be a major step in the right direction.

By 2017 more than 13% of 12 to 25 year old Americans had symptoms consistent with an episode of major depression in the previous year – a 62% increase in 8 years. COVID is making this much worse today.