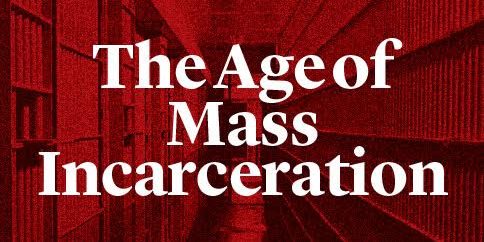 The data behind America’s incarceration of children | Fusion

Oct 2, 2015 – No developed country incarcerates children at the rate the U.S. does — and it’s not even close. Just take a look at the data.

Thousands of children in the U.S. have been prosecuted as adults and sentenced to adult prisons. EJI is working to end the abusive treatment of children in the adult criminal justice system. … MassIncarceration · Poverty · Unreliable …

Jun 15, 2013 – The United States still puts more children and teenagers in juvenile … The kids who ended up incarcerated were 13 percentage points less …

Police in schools: Why are they there? – CNN.com

Oct 30, 2015 – This week, a school resource officer in Columbia, South Carolina, was captured on a video that’s been replayed across the nation. … School resource officers, or SROs, supervise lunchrooms, coach sports, promote drug and alcohol awareness and become confidants to teens who might have …

This combination of a profit-hungry private prison and a bad law that allows too many teenagers to enter the adult justice system has created a public safety crisis in Mississippi.

My experience with children receiving adequate therapy for the severe trauma and resulting behavior problems that were so indelibly a part of these very young children’s lives was almost non existent.

Once these very troubled children become old enough to impact their surroundings they do so in a most troubling manner. That’s why our jails are full and our schools are troubled.

From the study; “In other words, by one mechanism or another, more than 200,000 individuals under the age of 18 are prosecuted in criminal court each year. There are three trends in the data worth noting.

Where The Big Money Is (privatized prisons for youth)

By Chris Kirkham
OCTOBER 22, 2013
This is the first in a two-part series. The second part will be published on Wednesday, Oct. 23.
From a glance at his background, one might assume that James F. Slattery would have a difficult time convincing any state in America to entrust him with the supervision of its lawbreaking youth.

Over the past quarter century, Slattery’s for-profit prison enterprises have run afoul of the Justice Department and authorities in New York, Florida, Maryland, Nevada and Texas for alleged offenses ranging from condoning abuse of inmates to plying politicians with undisclosed gifts while seeking to secure state contracts.

90% of mental health hospital beds that were available in the 1960’s are gone today while our overall population grew over 40% in that time.