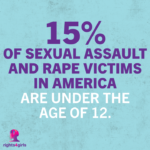 KARA reports on child abuse.  These are real stories that shed light on child protection in America. This This story submitted by a Pennsylvania Psychiatric Hospital employee.

This is a story about the most delightful, confused 8 year old girl I’ve ever met. For privacy purposes, I’ll call her Sally. Sally has had numerous hospitalizations and an innumerable amount of sexual abuse referrals made on her behalf.

She has a history of sexual abuse by her biological father. When she first came to the children’s psychiatric hospital, she immediately began to display sexually outrageous behavior such as touching her private area in front of peers, asking staff if they were her lovers, and disrobing. It was no surprise when her history came to light, or when she then began to make allegations of sexual abuse from her mother’s current boyfriend. We’ll call him Joe.

“Are you thinking of killing yourself or anyone else?” the doctor would ask.

“Yes. Joe freaks me out,” she would say back.

“Yeah, he freaks me out. Do you care about me?” She would change the subject almost as abruptly as it came up.

For a while all she said was that she hated Joe and that he “freaked [her] out”.  The seeds of sexual abuse suspicion were planted.

She said things that were entirely off the wall (such as referring to the lone male nurse as “Cookie” and asking to “kick your cat” or “lick your eyeball”) while maintaining a straight face and wholly flat affect. Her maladaptive behaviors rendered her quite the handful, but what a curious and interesting little handful she was.

Later, when Sally began to open up to the doctor and hospital staff, she made formal allegations of sexual abuse by Joe such that he would “put things in my vagina and bum, he freaks me out”.

In Pennsylvania, the abuse referral is called a “Childline” and it is sent to the child’s county of residence and the appropriate authorities are alerted.

There are more examples of Sally’s sexually maladaptive and acting out behaviors, statements she made that no 8 year old child should ever say, and allegations of specific abusive acts cited to have occurred at the hands of both her biological father and mother’s boyfriend, Joe.

Due to her intellectual and neurodevelopmental disabilities, she was deemed in-credible. Her previous allegations and tendency to say outlandish things encouraged the agency to believe that she was too confused, too disoriented, and too unreliable to investigate the report further. There were rumors that her mother covered up for her boyfriend, and hid evidence from Children and Youth Services when they came knocking at her door.

Once Sally no longer met her insurance company’s criteria for “in need of acute care”, there was no choice but to discharge her back into the care of her mother with deep suspicion that she would be endangered again and continue to suffer at the hands of people who were supposed to love her more than anything in the world. She cried the day and night before she left, asking if she defecated in her pants, could she stay at the hospital?

It was with a heavy heart that staff had to explain to her that this wouldn’t allow her to avoid going home.

“Joe freaks me out,” she said as she gathered her belongings for discharge.

This story submitted by a Pennsylvania Psychiatric Hospital employee

and will become part of KARA’s second book

INVISIBLE CHILDREN II being written at this time