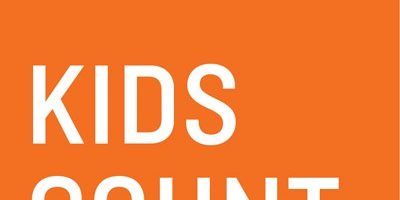 It would be so nice if our community would recognize the issues facing traumatized children removed from toxic homes  and make it easier for them instead of harder.  Not much has changed for MN foster kids over the last few decades.

In most cases, it is would be a minimal cost – especially compared to the cost of not supporting them for decades after leaving foster care.  If anyone is deserving of this cost, it would be a child removed from a birth home for the trauma they have suffered.

This Star Tribune article by Eric Roper puts a child’s words to the experience of living in multiple homes and ten different schools and trying to lead a normal life. Not many of us could do that successfully.

My own experience as a guardian reminds me of the many county children that did very poorly in school because of the traumas they had suffered and the behavioral problems they brought with them to school, and foster and adoptive homes and the communities they live in.

The powerful point of the article is that the system is broken and children are suffering.

Minnesota’s Former Supreme Court Chief Justice Kathleen Blatz has stated that “the difference between that poor child & a felon is about eight years” and “about 90% of the youth in the juvenile justice system have passed through the child protection system”.

The data supports her.

We could provide more as a community to make the paths easier for abused and neglected children with programs and support from the community.

Or, we can go on underserving preteen moms and and treating juvenile felons with tightfisted & hard hearted public policies toward youth.

The choice is ours.

An Eagan student told of being homeless and living in a shelter, and urged senators to help foster children avoid having to move from school to school.

‘You feel like a burden’ Foster child advocates education reform in D.C.
WASHINGTON – Kayla VanDyke has had to leave a lot behind over the past 14 years as a foster child.

The 18-year-old living in Eagan has cycled through a multitude of homes, schools and counselors throughout her life, after being sent into foster care because of her mother’s drug use.

“I have been homeless. I have experienced living in a shelter. And I have been separated from my siblings along the way,” she told a U.S. Senate panel examining education reform Thursday. “But I am pleased to tell you that … I will be graduating [from high school] in four weeks with a 3.7 GPA.”

Senators and others in the room broke into applause at an achievement gained despite VanDyke’s having attended 10 different schools and missing out on fourth grade entirely. She has been accepted to Hamline University for this fall.

“As one of my daughters would say, you’re kind of awesome,” said Sen. Tom Harkin, D-Iowa, chairman of the Senate’s chief education committee, which is gearing up for the re-authorization of the No Child Left Behind educational testing law.

Sitting in a row of witnesses nearly 20 years her senior, VanDyke recounted how she was uprooted almost yearly as a child, shuttled from one foster family to the next. This was often accompanied by a change in schools, even when her old one was within driving distance.

“You’re in a new home. You don’t know these people. They already made accommodations for you,” said VanDyke, explaining why she did not feel comfortable asking for transportation to her old school. “You feel like a burden.”

Adding to her other struggles, the frequent transfers resulted in a disjointed education for Van Dyke.

“Schools do not teach the same thing at the same time,” she said. “And when you change schools, you may be relearning what you already learned. You may have completely skipped a section of your education.

VanDyke advocated for changes to give more guidance and resources to foster youths who want to stay in their current schools.

“I personally was very moved” by her testimony, said Sen. Al Franken, D-Minn., who invited Van Dyke to speak at the hearing. “She’s just a stellar young lady.”

Franken introduced a bill last November addressing some of VanDyke’s concerns, hoping it can be meshed with the new education bill. His proposal would encourage state education agencies to work closely with child welfare services to keep foster children in their current schools where possible. It would allocate money for transportion or other means for keeping students in their school.

‘The foster care system is broken’

There are an estimated 12,000 foster children in Minnesota, more than 8,000 of whom live in foster homes, said the Minnesota Department of Human Services. The remaining 4,000 are scattered among group homes and shelters. About half of the state’s foster childen live in the Twin Cities metro area.

A Human Services spokeswoman declined to comment on Franken’s bill.

Sen. Barbara Mikulski of Maryland expressed frustration with the frequent communication gap between the foster care system and education agencies.

“The foster care system is broken in this country, and I think we’ve got to really put that out on the table,” Mikulski said. “We have watch lists to track terrorists, but we don’t have a tracking system to see where our own children are in their schools when they are uprooted.”