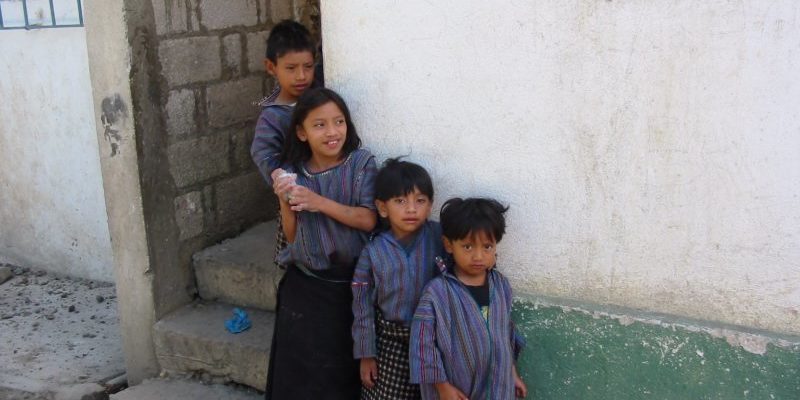 Losing 1475 migrant children as a political statement was an awful example of what America is becoming known for internationally.

Letting Migrant Kids Rot in shabby poorly run centers for months or years stinks of racism & an administration without a conscious.

Boarder agents threatening children with adoption and Drugging them just adds a  vile and criminal element to the equation.  If these children die will there be consequences?

Our government does not care what happens to other people’s infants and children.

Political acts against at risk children in America are not new or uncommon.  The Governor of Indiana removed funding promised to families that adopted special needs children – after the adoptions were completed.  A few million dollars for transportation, education and health care was redirected to his political friends for dismantling child friendly programs in his state.

Cutting budgets almost always impacts education and child and family services the most.  What are poor children going to do? Hire a lobbyist?  They have no voice in the legislature, the media or the toxic homes they are raised in.

A recent MN Governor redirected subsidized daycare funding into the general fund causing the waiting list for subsidized daycare to go from 34 families over 7000.  His words to KARA board member David Strand and Legislator Andy Dawkins at the time were that “children that are the victims of failed responsibility are not my problem, nor are they the problem of the State of MN”

Abandoning children is not surprising to foster and adoptive parents, people working in public health, education and social work – we see this cruelty daily.   Colorado saw 43 child deaths due to violations in social services,

48th place for child well-being Arizona tried to hide 6000 cases of child abuse because its child protection system was overloaded (none of those children were investigated).  Texas failed to investigate 6000 life threatened children in a timely fashion (failing to meet federal standards for over ten years).

Many states still allow Faith healing child deaths, most have almost no crisis nurseries, there is poor or no support for foster or adoptive families and scant resources in the schools for teachers dealing with traumatized children throughout our nation.

For Profit child prisons have sent judges to prison for punishing innocent kids and the beatings and traumas suffered by children in these facilities at the hands of uncaring staff is legend.

We still try hundreds of thousands of children (as young as ten) as adults every year. And only this last ten years did we quit executing juveniles.

Privatized group homes and detention centers make tons of money for more and more greed driven entrepreneurs at the expense of care and resources for the children they serve.  Prostitution out of young girls in Florida group homes and 80% drugging of Texas group home children are just the tip of the iceberg.

Foster children suffer terrible traumas in their birth homes prior to being removed by local courts to become Wards of the State.

We know that the traumas these children suffer alter brain development and last a lifetime.

Too many states make almost no effort to keep at risk children safe.

Foster care, health and mental health services are stretched thin in all states.  Almost all behaviorally troubled foster children are forced onto Prozac like drugs (about a third of State Wards nationally) and very few receive anywhere near adequate mental health services in any state.  In 2014 tens of thousands of antipsychotic prescriptions were written for children 2 years old and younger.

In 2014 big pharma paid billions in fines for illegally selling these drugs to pediatricians for use by very young children (a rounding error to big pharma).

Most American schools have almost no resources for teachers dealing with traumatized children.  As a result, violence in schools is a real and growing danger, mass shootings are only a tiny part of it.  Teachers are assaulted and teaching becomes impossible with Prozac kids and violence in the classroom.  Child suicides and self-harming behaviors are quite common in schools and in foster care.

My state has closed a number of group homes for multiple and serious violations.  Privatized group home staff rarely have the training or resources to manage seriously damaged children.

Privatized group homes and detention centers make tons of money for more and more greed driven entrepreneurs at the expense of care and resources for the children they serve.  The Trump University metaphor is alive in Florida as it is in the privatized management our our current immigrant child separation actions.

This is not hyperbolic. Prostitution of young girls out of Florida group homes and 80% drugging of Texas group home residents are just the tip of the iceberg.  One of my child protection case boys almost died walking home over 30 miles on a ten degree MN night in a T shirt because an under-trained staffer sent him outdoors. Most people in the field have these stories.  It really is an awful fact of life in child protection.

More and more hospitals are experiencing an exponential growth in the demand for emergency psychiatric care.   HCMC in Minneapolis MN sees 800 to 1000 such visits monthly (one MN hospital).

Rural hospitals are turning away Mental health patients because they don’t have the resources to meet the community needs.

Our treatment of other people’s children Mimics Swift’s Modest Proposal to boil poor children in a stew to be fed to rich people.

It is time to end this.

Share this article with your State Representative, Governor and any other legislators or administrators who might make an impact on the policy decisions that rule the lives of State Ward Children.