Catholic Charities of Boston vs. The Vatican (from 2012) 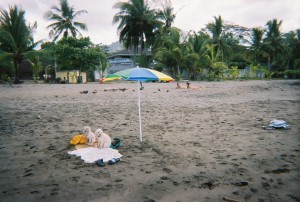 By not allowing gay / lesbian couples to adopt, there will be that many more state ward children becoming state ward adults.

Which will add to the number of schools that don’t work, prisons we have to build, and communities that become unsafe.

Politicizing abused and neglected children should be viewed as the reprehensible act that it is.

If you are a Catholic reading this piece, please share it with your priest.

Support KARA’s effort to support at risk children; sponsor a conversation in your community (invite me to speak at your conference) / Buy our book or donate Follow us on Twitter http://twitter.com/KidsAtRisk  Share This Blog

Peter Meade: Truth about adoptions has been distorted, twisted

Opponents of the freedom to marry in Maine have tried to rewrite history to create fear and uncertainty among voters.

During a recent episode of MaineWatch on the Maine Public Broadcasting Network, an anti-marriage activist said that Catholic Charities in Boston was forced to stop its adoption services because Massachusetts allows same-sex couples to marry.

While the claim has been repeated across Maine many times, it is not true.

This is a shameful distortion of what actually happened.

I should know. I was the chairman of the board of directors for Catholic Charities of Boston.

I feel compelled to set the record straight and let voters in Maine, who might not remember what actually happened, know the truth.

Like many of my fellow Catholics, I believe our greatest commandment is to help those who are in need and to love our neighbors as ourselves. That call is why I joined the board of directors of Catholic Charities of Boston.

I was especially proud of our work facilitating the adoption of abandoned and neglected children.

Catholic Charities used the one and only criteria that’s appropriate for adoption agencies — the best interest of the child.

For nearly two decades, Catholic Charities arranged adoptions to families who would provide safe, loving homes for the children we worked with, many of whom were from difficult backgrounds and harder to place.

We placed kids according to their needs and to make sure that they would find a loving and stable adoptive home. The kids always came first.

Most of these children, as a matter of fact, were adopted by straight couples, but during 15 years, about 13 were placed in the stable, secure and loving homes of same-sex couples.

Then in 2005, tragically, and out of the blue, the Vatican told our agency to cease using the single criteria of “best interest of the children.”

They ordered us to stop facilitating adoptions to households headed by gay men and lesbians.

Catholic Charities had signed a contract with the state and accepted taxpayer money to provide adoption services for hard to place children. Some of these kids were older, had behavioral issues or chronic medical conditions.

When organizations accept taxpayer dollars, they have to follow anti-discrimination laws that are in place to make sure everyone is treated equally. If we excluded qualified families simply because they were gay or lesbian, we would violate those laws.

When taxpayers are footing the bill, you can’t discriminate against people. It is part of the contract to do the work.

The decision had nothing to do with marriage, and the conflict would likely have occurred regardless of whether same-sex couples could legally marry.

The board reacted strongly to the Vatican’s order, voting 42-0 against excluding gay and lesbian families from adoption services. From the board’s point of view, the decision was wrong for children and a violation of longstanding law.

When the hierarchy persisted in its demand, the organization had little choice but to end adoption services. They had made the decision to put other interests ahead of what was best for the children we served.

Along with seven other board members, I resigned.

While the adoption services Catholic Charities had provided were immediately filled by other social service agencies, the decision broke my heart.

It is simply untrue to claim that legalizing marriage for same-sex couples caused any of this to happen.

Catholic Charities had been facilitating adoptions for gay families for 15 years before same-sex couples could marry in Massachusetts. And ending that practice was a choice made by Catholic Charities under extreme pressure.

As a Catholic, my faith continues to call me to serve the neediest among us, and to treat every person as a child of God.

What happened in Massachusetts was wrong because the hierarchy lost sight of our mission to serve children, and it could have been avoided. But I cannot allow what happened with Catholic Charities to become a weapon against allowing same-sex couples to receive a marriage license in Maine.

It’s a terrible shame that opponents of marriage are willing to distort and twist the truth to achieve a political victory by scaring people into thinking that allowing two loving, committed people to marry will somehow turn the world upside down.

Peter Meade is the former chairman of the board for Catholic Charities of Boston.

Illinois’ civil union law will be in effect June 1, 2011. The law gives gay and lesbian couples the same rights as heterosexual married couples. This means that gay and lesbian couples who have committed to one another through the closest option to marriagelegally available in Illinois – a state recognized civil union – should be able to adopt through state-sponsored adoption agencies.

Despite the state sponsoring of their adoption programs, Catholic Charities leaders do not plan to serve gay couples who are looking to adopt, regardless of the presence of a civil union. They have requested an amendment to the law which would allow an exemption for faith-based organizations, allowing them to pass adoption applications to gay-friendly organizations without penalty.

The Catholic Church is not going to be OK with Catholic Charities processing applications from anyone in a civil union. And all we’re asking is that we can continue what we’ve always done, which is refer cohabitating couples, heterosexual or homosexual, to another agency.”

Anthony Martinez, Executive Director of The Civil Rights Agenda, asserts that any organization that receives state funding “must serve all residents of that state equally”, and is not allowed to discriminate against same sex couples, and that is what Catholic Charities is asking for permission to do.

This is not a surprising conflict, as public policy at times clash with religious doctrine. However, it seems that the conflict is within the faith-based organization itself. The primary conflict is between the vision and mission of the organization and its actual service provision.

Believing in the presence of God in our midst, we proclaim the sanctity of human life and the dignity of the person by sharing in the mission of Jesus given to the Church. To this end, Catholic Charities works with individuals, families and communities to help them meet their needs, address their issues, eliminate oppression, and build a just and compassionate society.

The mission of Catholic Charities is to provide service to people in need, to advocate for justice in social structures, and to call the entire church and other people of good will to do the same.

As stated on the website of the national office, the vision and mission of Catholic Charities appears to indicate a wide-reaching service provision that extends, unrestricted, to the community at large, not just to those who demonstrate a level of adherence to Catholic Church doctrine. However, refusing service to gay and lesbian couples who are interested in participating in the foster care and adoption programs in Illinois puts a clear restriction on who is eligible to receive services.

Only once the organization resolves this basic internal conflict can they decide how they wish to move forward with their foster and adoption programs.

Although the current manifestation of the internal conflict is focused on Catholic Charities not wanting to facilitate adoptions for same sex committed couples – or anyone not “married” the issue is much larger. Can they opt not to work with heterosexual couples who married through a 5-minute civil ceremony? Do prospective adoptive parents have to commit to raise any adopted child in the Catholic Church? How will the organization deal with married heterosexual couples who are believers of other faiths or are atheist? How do they select the children they work with, are gay or lesbian minors ineligible for services just as prospective parents would be? Has the organization created other subjective criteria that assist them in determining who would be an appropriate adoptive or foster parent?