The better part of being a volunteer County Guardian ad Litem is knowing that the 7 year old you advocate for will no longer be prostituted, or starved, beaten or sexually abused on a daily basis any more.

The saddest part of being a volunteer County guardian ad Litem is knowing that the children you helped save from the evils and traumas they lived with for so long were only kind of saved.

The guardian ad Litem cannot save the child from the suicidal ideation effects of Prozac or plethora of other psychotropic medications that are standard operating procedure in treated behavioral problems of state ward children.

About a third of children in my caseload were forced to take psychotropic medications like Prozac (they have no choice – the drugs are forced on them).

Nor can the guardian help the child to cope with the results of horrific traumas visited upon them.

We lobby for mental health services and feel like we have accomplished something when a psychological evaluation is ordered. The downside is that the resources to see that a meaningful percentage of abused children get into successful programs like the Washburn Center for Children just don’t exist. Instead we rely on the cheaper alternative, Prozac like drugs.

In 2014, America forced Prozac like drugs on 20,000 + one and two-year old children. One manufacturer (Johnson & Johnson) was fined 4 billion dollars for illegally selling these drugs to pediatricians for use on very young children (with 4 thousand cases awaiting trial and that is just one manufacturer). 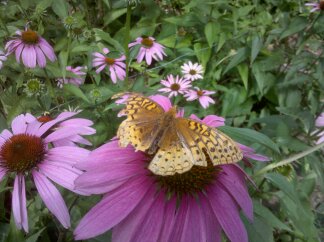 KARA Is Unable To Provide Services

Every so often we receive requests for hands on help and it it is necessary to remind you that KARA is a small group of people working to improve our child child well-being and child protection by raising awareness and promoting better programs, people, and policies that make life better for abused and neglected children.

We are unable to provide direct help except for on the Links page (button at the top of the home page) where we list the Child Advocacy and Resource organizations we know of. Most national organizations will have a chapter in your state. Always ask if they know of other service providers that might be of assistance in your circumstances. Every state has its own array of nonprofits and service providers. The trick is to ask the right questions of the people you connect with to find them.

Please share with KARA those service providers that you find that are helpful (info@invisiblechildren.org)