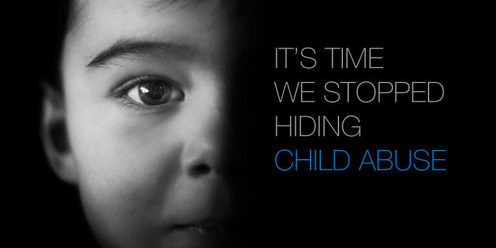 Oversight of psychiatric meds for youth offenders lacking
Citizens Voice – October 28, 2015
While other states have reformed the way they control and track such medications so that it is done systemwide, the Pennsylvania Department of Human Services follows only the total amount paid for the drugs prescribed in its six facilities on a systemic basis.
http://citizensvoice.com/news/oversight-of-psychiatric-meds-for-pa-youth-offenders-lacking-1.1963601  This page contributed by volunteer Krista Neuner

GUEST COLUMN: Children held hostage in Pa. budget standoff (Opinion)
Pottstown Mercury – November 29, 2015
Amid all the political posturing and the hard lines drawn, there has been a complete absence of logic regarding funding for child protection in Pennsylvania during the current budget impasse. In this process, some of the most vulnerable residents of Pennsylvania are being put at risk.
http://www.pottsmerc.com/opinion/20151129/guest-column-children-held-hostage-in-pa-budget-standoff

YES shelter saves runaway, homeless teens from despair
Phily.com – November 29, 2015
Amanda Sinick remembers being an angry 13-year-old when the city’s Department of Human Services separated her from her siblings, sending them to foster care and her to YES on Fairmount Avenue near 16th Street.
http://www.philly.com/philly/news/local/20151129_YES_shelter_saves_runaway__homeless_teens_from_despair.html

The fight against human trafficking
WTAJ-TV – November 24, 2015
In 2009, Debbie Colton found her calling after she learned that three young girls she and her husband were fostering were victims of human trafficking. “At that time, there were less than 100 beds for these victims that had been rescued out of trafficking,” Colton, President and Founder of Oasis of Hope, said. “I just had a hard time sleeping at night, thinking of that.”
http://www.wearecentralpa.com/news/the-fight-against-human-trafficking

‘State of Child’ report: McKean Co. children faring well
Associated Press – November 25, 2015
Regarding child welfare, in McKean County, there were 468 children receiving in-home services, compared to the rural median of 956; 127 children in foster placement, compared to the rural median of 57; and 20 percent of children who re-entered foster care placement, compared to a rural average of 20.9 percent. Daniel Wertz, director of McKean County Children and Youth Services, acknowledged the number of children in foster placement during that time frame was high, but said that number changes often.
http://www.bradfordera.com/news/state-of-child-report-mckean-co-children-faring-well/article_8b1d3c42-931d-11e5-9a08-e70ab6356bb7.html

State budget impasse: counties may protest by keeping revenue owed state
Lancaster Online – November 22, 2015
Commissioners Dennis Stuckey and Craig Lehman said withholding revenue is worth exploring as Lancaster County sees reserves dwindle to support programs for children, the elderly and the mentally ill the state is supposed to fund.
http://lancasteronline.com/news/local/pennsylvania-state-budget-impasse-counties-may-protest-by-keeping-revenue/article_6871b9ee-8fc0-11e5-be74-f73d2d40362a.html
Understanding The Difficulties Facing Children Of Incarcerated Parents (Audio)
90.5 WESA – November 18, 2015
Children of incarcerated parents face social, emotional and academic difficulties at a far higher rate than their peers. These kids are at increased risk for negative behavior and potential future criminal activity. One group, Amachi Pittsburgh, is working to stop the cycle of incarceration and provide opportunity for children.
http://wesa.fm/post/understanding-difficulties-facing-children-incarcerated-parents

Department of Human Services to Refine Keystone STARS Program (Press release)
PR Newswire – November 10, 2015
“We have already begun refining the program by removing some administrative burden, reducing receipts collection, and streamlining the grants and awards process,” said Secretary Dallas. “But that is just the first step. We are also taking advantage of technology for professional development and coordinating with other early childhood education programs.”
http://www.prnewswire.com/news-releases/pennsylvania-department-of-human-services-to-refine-keystone-stars-program-300175918.html

On Kenney’s agenda: Is DHS getting better at protecting kids? (Opinion)
Philly.com – November 09, 2015
Almost 10 years after a child’s horrific death triggered a call for reform, Philadelphia’s frontline social-service agency for children is still struggling to improve, and to cope with a swelling caseload as a new mayor arrives.
http://www.philly.com/philly/news/local/20151110_On_Kenney_s_agenda__Is_DHS_getting_better_at_protecting_kids_.html

Today’s Editorial: Success stories emerging
The Daily Item – November 06, 2015
We are pleased to report news this week of successful efforts achieved by those who work in local family care programs.
http://www.dailyitem.com/news/today-s-editorial-success-stories-emerging/article_056363d8-8404-11e5-a52b-9fb3649c8711.html

Montco stops covering state’s bills
The Philadelphia Inquirer – November 05, 2015
Montgomery County stopped funding Thursday human services normally covered by the state, saying the four-month budget impasse had maxed out the county’s financial reserves. The state owes the county more than $30 million for foster care, child-abuse investigations, restaurant inspections, senior centers, and other services, many of which the state and county are mandated to provide.
http://www.philly.com/philly/news/politics/20151106_Montco_stops_covering_state_s_bills.html

Local Catholic Clerics To Be Fingerprinted For Child Protection Act
KDKA – November 02, 2015
Under the state’s new Child Protection Act, all clergy and diocesan employees who have any contact with children must undergo criminal background checks and have their fingerprints taken. Even unpaid volunteer teacher aids and catechism teachers, unless they’ve been a state resident for more than 10 years.
http://pittsburgh.cbslocal.com/2015/11/02/local-catholic-clerics-to-be-fingerprinted-for-child-protection-act/

For fourth year, Diakon receives five year contract to manage Statewide Adoption & Permanency Network (Press release)
Diakon Lutheran Social Ministries – October 30, 2015
Diakon and Family Design Resources have partnered to serve as the SWAN prime contractor for the Commonwealth since 2000. During that time, 27,706 children have been adopted from the child welfare system. SWAN is a public-private partnership devoted to achieving permanency for children in foster care. SWAN involves state, county and private agencies coordinating the delivery of permanency services to children in Pennsylvania who are in the custody of county children and youth agencies and post-permanency supportive services to families.
http://www.berksmontnews.com/general-news/20151030/for-fourth-year-diakon-receives-five-year-contract-to-manage-statewide-adoption-permanency-network