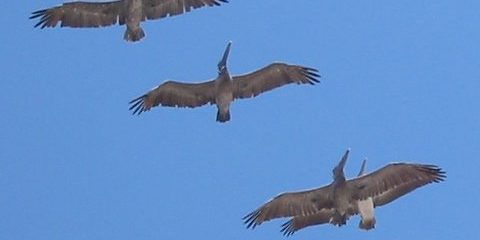 One child was returned to a family with 11 reports of abuse/neglect – In this story, Thomas was reunited with the very man that had abused him six times.  Chris Serres  Star Tribune article THE BOY IN THE CLOSET mirrors many of the sad stories I encountered as a volunteer Hennepin County CASA guardian ad-Litem.  CASA volunteers represent the best interest of the child and often run head first into courts granting the best interest of the parents.  The stories are heart rending.  One of my foster moms had to drive the older girl in a 20 year old truck from MN to a court hearing in Montana to protect her 2 young girls from being reunited with the man that had molested them both (semen samples were in evidence – there was no question about his guilt).

Courts will do what courts will do and there are a fair number of them that don’t consider the best interest of the child.  Read more sad stories here.

The number of Minnesota foster children removed from their homes after being reunited with their parents, known as the “re-entry rate,” has increased in recent years and is now nearly three times the federal standard. Thomas Stone is trying to find stability after more than a decade of turmoil in Minnesota’s child foster care system. He was returned to his abusive father a half-dozen times.

Now 19 and living on his own, he’s thinking about getting his case file that details his childhood in the foster care system and burning it to cleanse his memory of the events. Thursday afternoon, February 6, 2014 he met with Brenda Anderson, his counselor at Anu Family Services in St. Paul, to look over his file and run the idea past her.

Thomas and Brenda talked about how he felt about one of the passages in his file, on the table in front of them, that detailed the drug raid on his family’s home that resulted in him first being placed in foster care. ] JEFF WHEELER • jeff.wheeler@startribune.com

Inside the mice-infested house where Thomas Stone spent much of his childhood, there was a closet just big enough to hold a small boy and his pet cat. On many nights, Stone would crawl there to hide from the sounds of his father’s violent rampages.

Stone recalls pleading with county social workers to move him to a different home. But each time he was removed to a nurturing foster-care family, he soon would be sent right back to his father’s house in north Minneapolis.

“If you’ve got lions fighting and biting each other in a cage, you don’t put them back in that cage like there’s no problem,” says Stone, now 19. “Kids need love, and they can’t always find that in their own homes.”

For years, Minnesota officials have boasted of their success at reducing the population of children living in government-funded foster care; among states, Minnesota ranks No. 1 for the share of foster children returned to their biological parents within a year.

But some child advocates warn that Minnesota’s aggressive focus on family unification sometimes puts children in harm’s way by returning them to parents with histories of abuse or neglect. Federal authorities may agree: The state is facing the possibility of a federal fine of up to $570,000 because of its failure to reduce the number of children who bounce back into foster care after being returned to their parents.

While Minnesota earns high marks for family preservation, it also has the nation’s highest rate of failed foster care placements. Statewide, 26 percent of foster care children in Minnesota are returned to care within a year after being reunited with their families — far higher than the federal benchmark of 9.9 percent.

The result is that many children, like Stone, end up shuffling back and forth from their natural families to foster care, in an emotional tug-of-war that can leave deep and lasting emotional scars.

“It’s pretty outrageous,” Traci La­Liberte, executive director of the University of Minnesota’s Center for Advanced Studies in Child Welfare, said of the state’s high re-entry rate. “Kids who keep coming through [foster care] like a turnstile are experiencing multiple incidents of trauma.”

Though Minnesota outperforms the nation in virtually all other measures of well-being for children in foster care, the possibility of a federally imposed sanction has stirred state and county child care administrators into action. Counties are accelerating efforts to improve permanency and stability for children once they return to their biological parents, by providing families with more counseling and support services.

To some extent, Minnesota’s high rate of failed placements is a byproduct of the state’s success at shrinking its foster care population. Statewide, the number of children in out-of-home foster care decreased 38 percent from 2000 to 2012. Many of the children successfully moved out of foster care, however, are younger and more likely to be adopted by new families. That means the remaining children tend to be older and have more behavioral problems — making them more difficult to place in permanent homes, say state and county officials.

Child behavior is the largest reason for youth returning to foster care, accounting for more than half of the 1,035 re-entries in 2011.

To address the issue, the state is promoting a number of strategies to improve the chances for children returned to their parents. One allows children to go home for “trial visits” before permanently reunifying with their biological parents. Another, in use by more than a dozen Minnesota counties and tribes, builds so-called “safety networks” of family, friends and neighbors who can assist children and parents once they are reunited.

“It’s about stability in children’s lives,” said Erin Sullivan Sutton, assistant commissioner for children and family services for the Minnesota Department of Human Services (DHS). “It’s traumatic being removed [from a home] in the first place, but bouncing back and forth creates additional trauma.”

On a recent evening, Javon Turner of Fridley cracked jokes and laughed as he played a fantasy card game, “Magic: The Gathering,” with friends at a hobby shop in St. Louis Park. “I like your stuff, man,” he said, offering to trade cards with an opponent. “Problem is, the stuff I want others want to keep.”

Turner, a lanky 19-year-old with a soft voice and a big grin, discovered fantasy card games as a means of coping with the turmoil of his childhood. At age 4, he was removed from a foster care family and sent to live with his grandparents, whom he describes as “big believers in physical discipline.”

That discipline included regular belt whippings. Turner said his grandfather once whipped him across his bottom for accidentally wearing his underwear backward.

“I would just stand there and completely take it, and my grandpa would say, ‘That’s right, see how he took it like a man!’ ” Turner said.

“For one thing, it creates false hopes. You are led to believe that someday soon, maybe next week or next month, you’ll be returning to your loving natural family. But that almost never happens. And it makes you angry and upset and less likely to form an actual relationship with the foster parent you’re with.”

Though most studies have found that foster care children do better with family than with strangers, children who are returned too quickly to parents with a history of abuse are at risk of being hurt again. This is particularly true in cases where families are not offered training and support services once the child returns to the home, say child advocates.

Last year, a citizens’ panel reviewed a sample of child protection cases in Hennepin County. They found a disturbing trend: In many cases, children were reunified with abusive parents multiple times, without verified changes in parental behavior.

Three months ago, Thomas Stone finally read the lengthy case file chronicling his childhood. Kept in a binder the size of a large Bible, the file contained a series of unsettling revelations. Stone struggled to stay composed as he flipped through his file.

For the first time, he learned that he was born with cocaine in his blood.

For the first time, he learned that his father left him unattended, at age 2 or 3, on an unheated porch.

And for the first time, he learned the details of the police raid of his father’s house — the raid that finally got him moved to a loving foster-care family in Brooklyn Park. “I just don’t understand what took so long,” Stone said.

Some day soon, Stone said, he plans to burn the case file and throw the ashes over a cliff, in a symbolic break with his troubled childhood. “I want to burn it all up, all the pain and all the hurt I’ve been through,” he said. “And start life anew.”