What We Can Learn From Kentucky (kinship rules)

At least it’s being talked about.  Throughout the nation grandparents and family members hoping to care for their own grandchildren and other young relatives are being ill treated by states and child protection agencies.

Kentucky has six percent of all the state’s children living with extended family (Wow) and they are finally beginning to talk about increasing support for family caregivers.  It is on fiscally irresponsible and state sponsored insensitivity to put children into foster homes with folks that have no connection, paying up to $70/day, while at the same time making it hard for grandparents with love in their hearts and a solid connection to babies and children they want badly to help raise.  Grandparents get up to $10 / day for doing the same thing.  Doesn’t seem right does it? 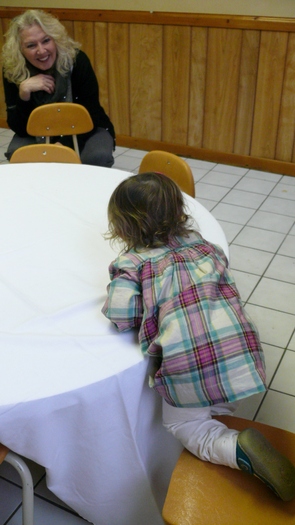 JEFFERSONTOWN, Ky. – In Kentucky, a lot of children are being raised by extended family members: at 6 percent of all kids, it’s one of the highest kinship-care rates in the nation. A new report from Kentucky Youth Advocates outlines what the group says needs to be done to increase support for grandparents and others raising kids who cannot safely live with their parents.

According to Jeanne Miller-Jacobs, who with her husband is raising their three grandkids, more assistance is badly needed.

“The biggest hurdle that we’ve had is misinformation,” she said. When we first got the kids, the financial part of kinship care never came up.”

She said her grandchildren, ages five, three and one, came to live with them because their parents struggle with drug addiction.

Kinship care has doubled in Kentucky in the last decade, and earlier this year, the state stopped taking new applications for its Kinship Care Program, which provides caregivers $10 a day to help meet a child’s basic needs.

According to Kentucky Youth Advocates Executive Director Terry Brooks, the freeze needs to end, because that program is a better solution than the alternative, which is foster care.

“Kids are put in situations where they’re not able to stay with relatives who love ’em” when they must go into foster care, he said. “And we’re moving them from a system that works, kinship care, to a system that costs almost $70 a day.”

The KYA report also calls for making it easier for kinship families to enroll children in school or get access to health care for them.

Jeanne Miller-Jacobs said streamlining the system would be a big help.

“I can tell you that when I had to renew the kids’ medical cards, I was there for four and a half hours – and I had an appointment.”

Terry Brooks said he anticipates a bill in the 2014 legislative session to allow care-giving relatives access to children’s services without the need for legal custody or guardianship.

“Those are things that other states have done successfully, and those are practices that Kentucky needs to emulate,” Brooks stated.

That report is at KYYouth.org.