This article shines light on a serious social failure not uncommon in America.  6 year Sarah Elizondo has been forced by the court to live with a pedophile parent (Nicholas Elizondo served 6 years for the crimes he committed upon very young girls).

One of my first cases as a volunteer CASA guardian ad-Litem was a 7 year old boy that had been forced by the court to live with his pedophile father (who had spent 2/3 of his adult life in prison for the crimes he was about to commit on his son – and there was a court order forbidding him to be near young boys).

The boy was covered from head to foot in severe bruises when he entered the child protection system.  He does not lead a normal life today.  He’s never had a nice day in his life due to the terrible things that happened to him.

We talk a big story about caring for children in this country, but I have not found it to be an honest conversation.  Someone should say something. 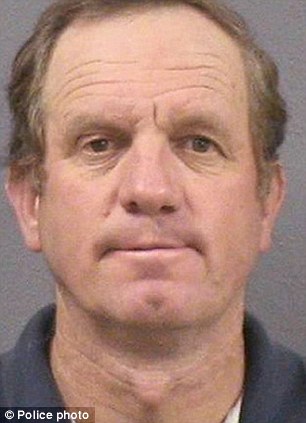 Convicted: Nicholas Elizondo served six years in prison for sexually abusing a child under the age of 14

The mother of a six-year-old girl fears for her daughter’s safety after an Oklahoma judge awarded sole custody of the child to her convicted pedophile father.

Nicholas Elizondo served six years in jail after being convicted of lewd or lascivious acts with a child under 14 years of age.

The girl’s mother, Lisa Knight, who divorced Elizondo when she was pregnant, claims her father had shown little interest in Sarah until she reached the age of his victim.

Despite having lived all her life in Norman, Oklahoma, a judge ruled that Sarah should live with the 55-year-old convicted sex offender in Bakersfield, California.

‘I don’t understand how a sex offender can just walk in the courtroom and just take her after I’ve had her for six years,’ Ms Knight said.

To add to her concerns, Ms Knight claimed that when Sarah returned from a recent visit with her father, she told her mother ‘something really bad happened in the bathtub’.

The family allege that Sarah told them her half brother had touched her inappropriately.

Ms Knight, and her cousin Jodi Coomer are now fighting to keep her half brother away from Sarah when she moves to California. 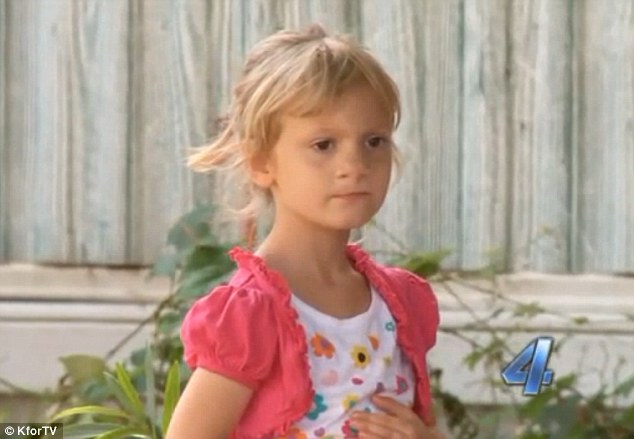 Custody battle: A court has ordered Sarah Knight to live with her convicted sex offender father in California 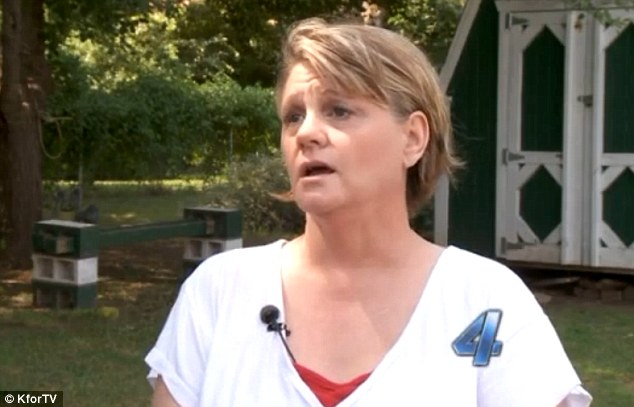 Appeal: Lisa Knight says she will fight to get her child back as soon as she has enough money

‘I’ve been fighting him and I just don`t have any more money to fight him at all,’ Ms Knight said.

She thinks the judge questioned her parenting when she was unable to name all of Sarah’s doctors. The six-year-old, who has a cleft lip and palette, sees a lot of specialists.

‘There is no threat to her whatsoever here. Nothing`s happened to her. She`s made all of her appointments,’ Ms Coomer said.

‘Because mom can`t remember the doctor`s names then she`s a bad mom? I don`t think so.’ 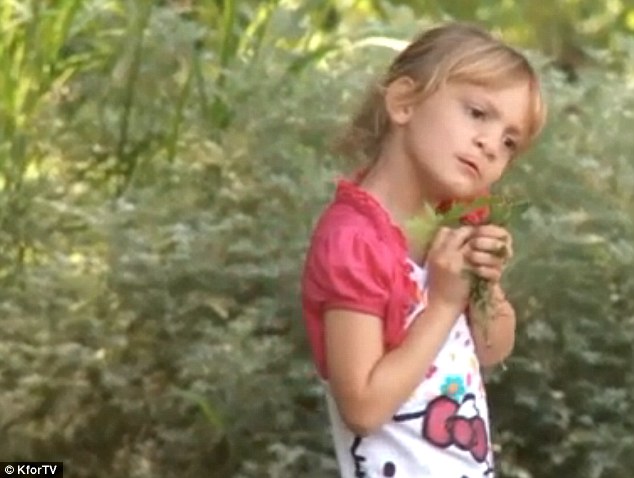 Taken away: Sarah’s mother is concerned about her daughter living with Elizondo and his son

In court documents, Elizondo said he filed for custody after Ms Knight stopped allowing him to see his daughter.

The convicted sex offender told KLewTV that he took a plea bargain in 1995 when faced with 11 felony charges.

In return for pleading no contest to one charge, the others were dropped. But Elizondo says he is not guilty.

‘It never happened,’ he said, referring to the charge he was jailed for.

His victim also denied that was she molested, when she appeared at a court hearing about visitation rights.

Kern County Assistant District Attorney Scott Spielman added: ‘There isn’t anything prohibiting a judge from giving a person convicted of that once they’ve done their time and they’re off probation or parole.’ 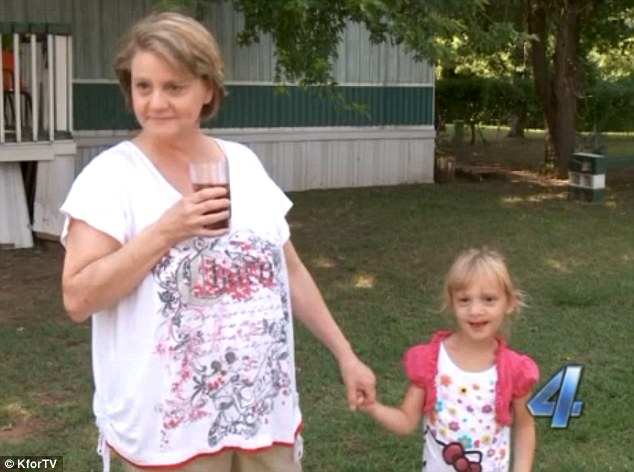 Broken home: Lisa Knight left her husband when she was pregnant and says Sarah has little contact with him

‘There is a lot to be taken into account, but you’d think that there would be a great deal of weight given to a person that actually was charged and convicted and went to prison for molesting a child under 14,’ he added.

Ms Coomer pointed out that because Elizondo is a registered sex offender, he will be unable to carry out many parental duties, such as dropping Sarah off at school.

Ms Knight has vowed to fight to regain custody of Sarah as soon as she can afford the legal costs.