How Things Get Worse

What makes life worse for sexually abused five and seven year old’s is not talking about it.  Not reporting it.  Not disclosing it publicly or privately.  The fewer people that know about the wretched things that are happening to NJ children, the smaller the problem appears to be and the less will be done to support the agencies chartered to help New Jersey Children.

New Jersey has taken a big step forward in making sure that the abuse is worse and lasts longer for its youngest citizens;

The Department of Children and Families Plans to limit the information it publicly discloses when a child die or suffers life threatening injuries from abuse and neglect to protect the privacy right of the vulnerable children according to a draft of the new rule. Alliso Blake, the commissioner for Children and Family Services say the disclosure could bring harm to the child. Federal and State law requires that when harm a child die or is seriously hurt by a parent or caregiver they most disclosed the child name. Advocate for Children of New Jersey urged to reconsider his decision. 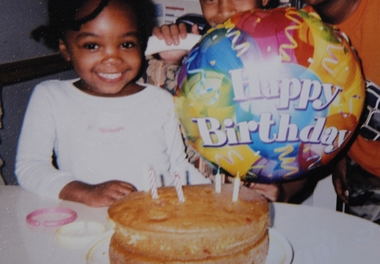 Christiana Glenn, 8, who died from malnutrition and medical neglect in 2011, is seen in this 2007 photo provided by a relative. The Department of Children and Families, which came under scrutiny for its handling of the family’s case, has proposed scaling back information it publicly releases when a child dies or suffers a near-death injury related to abuse or neglect.Bob Sciarrino

TRENTON — The state Department of Children and Families plans to limit the information it publicly discloses when a child dies or suffers life-threatening injuries from abuse and neglect “to protect the privacy rights of vulnerable children,” according to a draft of the new rule.

Allison Blake, the commissioner of Children and Family Services, says the disclosures can bring harm to the children, but at least one child advocacy group questions whether the change was intended to protect the agency’s reputation.

Federal and state law requires that when a child dies or is seriously hurt by a parent or caretaker, the child welfare agency must, upon request, disclose the child’s name, whether the agency has ever investigated the family, and the outcome of the inquiries.

Blake has called for “limiting the release of information regarding the (state’s) involvement with the child and family prior to the incident” that led to the child’s endangerment, according to the proposed rule in the April 15 issue of the New Jersey Register, a bimonthly journal that publishes new state regulations.

The department would release information only “to the extent it is pertinent to the child abuse or neglect that led to the fatality or near fatality,” the proposed rule says
Kristine Brown, a spokeswoman for the agency, said in a statement that the rule changes “are not intended to limit access to public information … but rather are intended to comply with all federal requirements as it applies to the disclosure of client information.”

“Under the proposal, information in DCF records with little relevance to the abuse or neglect that resulted in a fatality or near fatality would not be publicly releasable,” Brown said.

But Advocates for Children of New Jersey, a nonprofit child welfare watchdog group, urged Blake to reconsider any changes regarding how she carries out the Children Abuse Prevention and Treatment Act, also known as the CAPTA law.

Cecilia Zalkind, the group’s executive director, and Mary Coogan, the assistant director, said in a statement that by not defining “pertinent,” the department could arbitrarily decide to keep information private that would embarrass the state.

Often there is a trail of investigations by a child’s caseworker that precedes a death from abuse or neglect, Zalkind and Coogan noted.

“If the department has the sole discretion to determine what information is ‘pertinent,’ how will the public find out if the agency made a determination that certain actions or inactions in the past did not contribute to the fatality or near-fatality, when reasonable minds could differ?” they asked.

“As difficult as these … cases are, we must remember that the CAPTA mandates exist to protect children and families, not the agencies that serve them,” the statement added. “The disclosure of public information is an effective means to improve case practice,

which can result in keeping New Jersey’s children safer.”

The top official at Children’s Rights, the national advocacy group whose class-action lawsuit spawned a huge court-supervised overhaul of child welfare services over the last decade, said it was too soon to judge the effect of the change.

“Anytime a child dies due to abuse or neglect, it is vital for child welfare systems to be open about their history with the child, in accordance with federal standards,” said Marcia Robinson Lowry, the executive director of Children’s Rights. “It will be important to see how the state applies this standard and what kind of information they make available.”

The department proposed the rule change in response to the Obama administration, which last fall clarified the official Child Welfare Policy Manual and defined what information could be released to the public.

The U.S. Department of Health and Human Services’ “goal in changing the language was for greater disclosure, not less,” said Christina Riehl, senior staff attorney for the Child Advocacy Institute at the University of San Diego School of Law. “We feared this would happen.”