Child Welfare Policies That U.S. Shun; A Note From David Strand (share this with your state rep) 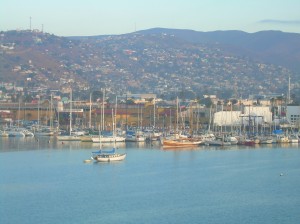 Every so often KARA board member David Strand shares his thoughts on public policy and children’s issues.

David is exceptionally well qualified to comment on children’s issues as he has years of volunteering as a CASA guardian ad-Litem in MN, lived in other developed nations & participated in the making of public policies pertaining to children in those nations, and studied & written extensively on the topic.

These are his thoughts today;  As a backdrop to listing the policies, we need to examine the enormous differences in the political landscapes.  These differences account for what all other modern democracies implement regarding the welfare of children.  I don’t believe most Americans appreciate these differences.

First, there is no overlap in the political spectra.  This is demonstrated by the many recent examples of conservative governments that most of these countries have experienced.  Even the most conservative examples such as Germany, France, Great Britain, plus all the Nordic countries have continued to support these child-friendly programs.  An example is Denmark (where we lived for a time).

For most of the past decade the Danes have been governed by a right wing coalition, long time prime minister was Anders Rasmussen who is now the head of NATO.  They maintained all the social welfare programs implemented by the prior Social Democrats, and only nibbled at the edges to make them slightly less generous.  The point is that all these right wing governments support policies that are to the left of our Democratic Party.  There is no overlap even at the border.

Second, all these societies maintain what is best described as “child centered” governments.  We are the outlier because America is “money centered”.

Child centered societies strive to eliminate poverty.  Our child poverty rate is the highest among all OECD countries, and is about 10 times higher than the 4 Nordic countries.  Child homelessness is forbidden.  In the US, child homelessness is the fastest growing component.  Support for young families is fundamental.  All expecting mothers get preventative health care.

As a result infant mortality is reduced.  Ours is the highest rate in the OECD.  Parental leave is mandated.  In many cases this applies to fathers as well as new mothers.  Ironically, in places like Denmark, this policy is “sold” to taxpayers by brain development research done in US universities.  The length of parental leave (with pay and a guarantee of return to job) is typically a year.  When parents return to work, the children are usually placed in early childhood learning nursery schools.

These schools are typically operated by the ministries of education and staffed by professionals in child development.  In Denmark to work there, a person must have at least a high school diploma plus 3 years of child development training.  And these jobs are low turnover, because they are life long careers.  Here, much of child care is custodial only and offered by for-profit operations.  In Denmark (I cite the Danes because of personal experience) attendance is voluntary, but it is so good that close to 90% of all 3 year olds attend.  The cost is subsidized by taxpayers and parents with low income pay nothing.

Part of the support for young families is that full time employment pays enough to live above the poverty rate.  Unions exist in almost all work categories, but minimum wages are negotiated with employers and not mandated by legislation.  Also, vacation and sick leave policies are mandated and considered important to strong family development.

Other policies protecting children include prohibitions on trying children as adults in court, and targeting of children up to 12 in advertising.  Also drug abuse is treated as a disease and not a crime.

The result of all these social investments is that criminal behavior is minimized.  Denmark has 8 prisons.  If they had the incarceration rate of the US they would need 80.  Think about the tremendous savings in correcting anti-social behavior.  By the way, they refuse the concept of for-profit prisons as it is considered a dangerous idea.  And people in prison do not lose their right to vote.  The election participation is about the same as the general population.

Another aspect of the child friendly society is to elevate teaching to the highest regarded profession.  Teachers generally outrank even judges in respect.  An important benefit to teachers with children is that they do not have to concern themselves with saving for college and university costs.  All children who qualify academically are awarded taxpayer paid college education.  As a result teachers generally teach for life.

Finally, there is below a reprint from the KARA website, an organization I have worked with and have been a board member.  It is the Early Childhood Education Manifesto.                 Buy our book or donate  Watch Our Video