Yesterday’s NYTimes review of the large and long study of Cook County youth doomed to a dysfunctional lifetime of violence, drugs, & incarceration could be the sort of reporting that could finally shake our communities into recognizing just how costly in lives and money our war on children is in America.

25% of American youth are charged for their crimes in the criminal justice system, not the juvenile justice system (about 250,000 per year).

About 66& of the youth in juvenile justice suffer from mental health disorders (and fully half that number have chronic, serious, and multiple diagnosis).  This statistic is about the same for children in child protection systems.

40 years of institutionalization, drugs, violence, & dysfunctional lifestyles or, caring enough about a five year old to make sure he/she gets help obtaining the coping skills necessary for a normal life (the answer is obvious).

It is that simple.

Support KARA’s efforts; sponsor a conversation in your community (invite me to speak at your conference) / Buy our book or donate Follow us on Twitter http://twitter.com/KidsAtRisk

After the Violence, the Rest of Their Lives 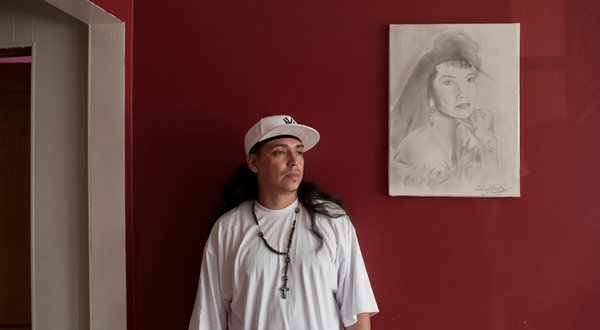 Sandro Santoyo, 33, entered the Northwestern University study at age 12. By his count, he has been shot six times and stabbed four.

¶CHICAGO — Xavier McElrath-Bey drives past the dilapidated houses, liquor stores and vacant lots in his old neighborhood and sees the landmarks of his youth.

Xavier McElrath-Bey, 36, was convicted of murder at 13. Now he gathers data for a Northwestern University study.

¶There is the house at 51st and Throop where, at 11, he huddled near some steps to avoid a rival gang member’s gunfire; the sidewalk where he carved his gang nickname into the newly laid cement; the lot at 51st and Ada where Sam’s store once stood, its back yard a convenient hideaway for weapons. Nearby is the abandoned building where, in 1989, he crossed the line from being a troubled 13-year-old, in and out of a detention center, to a 13-year-old convicted of murder.

¶Mr. McElrath-Bey, who spent 13 years in prison and is now 36, is not on a nostalgia tour of the violent streets that raised him. He is part of an effort to understand them, gathering data for an ambitious research project that for almost two decades has closely tracked the lives of more than 1,800 youths in Chicago who, as he did, entered the juvenile justice system at an early age.

¶The subjects of the study, directed by Linda A. Teplin, a professor of psychiatry and behavioral sciences atNorthwestern University’s Feinberg School of Medicine, were first interviewed between November 1995 and June 1998 at what is now the Cook County Temporary Juvenile Detention Center, long known as the Audy Home. They have been followed at intervals since then and will continue to be tracked throughout their adult lives.

¶Mr. McElrath-Bey’s job as a field interviewer — he was hired four years ago — has allowed him to gain perspective on his own life. Traveling around the city to interview subjects, he sees the same chaotic family dynamics that landed him in foster care at 6, the hunger to belong that drew him to a gang at 11 and the bad decisions that led him to participate in a gang killing. He also sees the good decisions that helped him change course, leave the gang, complete a college degree while in prison, get a master’s degree and move on to a steady job, a comfortable apartment on the North Side, a girlfriend and a 15-month-old daughter he dotes on.

¶“I get flashbacks every time I interview these guys who are getting out of prison,” he said. “I can relate to what they’re going through.”

¶At a time when the homicide rate in Chicago has risen sharply, jumping 25 percent over all since last year and 100 percent or more in a few gang-heavy neighborhoods, the research project offers a portrait of both the perpetrators and the victims in struggling, gang-ridden neighborhoods.

¶Gang killings are nothing new in Chicago, and city officials have brought in federal agents and requested more police officers in an attempt to stem the increase. Mayor Rahm Emanuel has also thrown support behind community programs that seek to address gang problems.

¶But the study makes clear the challenges that such measures inevitably encounter.

¶Dr. Teplin said that when she and Karen Abram, the associate director of the project, proposed it, they were told it could not be done — that it would be impossible to locate such transient and troubled groups year after year, impossible to gain their trust or persuade them to talk honestly about personal matters. “People said: ‘You’ll never get these kids to cooperate. They won’t talk to you,’ ” Dr. Teplin recalled.

¶But the researchers hired trackers to find the study subjects as they moved through their lives, searching them out in other neighborhoods, in far-flung suburbs or in prison cells. They brought in street-savvy field interviewers like Mr. McElrath-Bey to talk with subjects in their homes instead of expecting them to show up for appointments at an office building downtown. The researchers paid the subjects small amounts for participating, sent them birthday cards and White Sox tickets and deposited pocket money in their prison commissary accounts.

¶The interviews became an expected ritual for many in the study.

¶Charles Hayes, 31, who spent much of his youth and early adulthood in prison or selling drugs, said that the experience reminded him of the self-examination practiced by the Jehovah’s Witnesses in his family.

¶“They remind me of the past and what I was doing and what I’m doing now,” he said of the researchers.

Now in its 17th year, the research has produced a rich trove of data and a raft of published papers. Yet its findings have gone largely unnoticed by policy makers and the public, Dr. Teplin said, perhaps in part because its focus is on problems largely affecting blacks and Hispanics in poor neighborhoods, both familiar and seemingly intractable.

Xavier McElrath-Bey says the dashes on his tattoo represent the numbers of years before and after he joined a street gang in Chicago. The cross stands for God’s plan for getting him out.

Charles Hayes, 31, is now a supervisor at the transmission company where he has worked for five years. 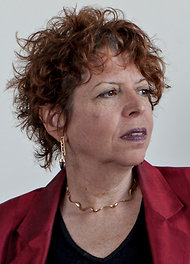 Linda A. Teplin is a Northwestern University professor and the director of the project.

“It’s a segment of the population that many Americans don’t think about, don’t care about,” Dr. Teplin said. “What rivets Americans is the unexpected — the Colorado massacre, mass school shootings. The everyday violence is something that doesn’t concern most people.”

Sandro Santoyo, 33, entered the study when he was 12 and has cycled in and out of prison repeatedly since then for crimes including aggravated battery and attempted murder. By his count, he has been shot six times, stabbed four times and run over by a van driven by rival gang members. That episode injured him so badly that he can no longer do the construction work he used to pick up between stints in prison, though he recently got a job at a furniture warehouse.

He wants a different life. “It’s time for me to take responsibility for my family,” he said in an interview, but he added, “It’s really hard, it’s hard to let go of things like that.”

Jason Shaughnessy, 31, sports a teardrop tattoo next to each eye — gang markings, he said, that make him a constant target for members of rival gangs. He has spent 11 years and six months in prison, he said. Earlier this year, he suffered a stroke.

Mr. Shaughnessy said that he wanted to help young men avoid the life he has lived, but that he continued to use drugs and was currently out of jail on bond on two charges of aggravated battery.

“A lot of people say, ‘You can do it, it’s not too late,’ and they’re right, it’s never too late to change your life,” he said. “But it could be too late to start training yourself to do things a different way than you’ve done for 31 years.”

Mr. McElrath-Bey said that he sometimes entered a home to do an interview and was overcome by “a sense of despair that surrounds me.”

Yet he also meets subjects who, like him, have found a way out. Mr. Hayes, for example, who says, “I’ve been arrested so many times I lost count,” is now a supervisor at the transmission company where he has worked for the last five years. His job gives him a legal way to support his three children A few years ago he moved to an apartment in a Chicago suburb. In February, he married.

“I wouldn’t want my kids to grow up like I grew up,” he said.

The researchers are in the process of trying to tease out the factors that allow youths to succeed despite considerable obstacles. But in Mr. McElrath-Bey’s view, such transformations often have little to do with the promises of politicians or the cyclical crackdowns by law enforcement. Instead they are often prompted by less tangible forces: the support of a parent, the insistence of a girlfriend, the encouragement of a priest or pastor, the mobilization of a community, the birth of a child.

Mr. McElrath-Bey began his own move toward a different life at 18, as he sat in a prison cell serving a sentence for helping to lure a 14-year-old rival gang member into an abandoned building, where he was beaten to death, and later setting the body on fire.

He fought against incarceration at first, staying involved with the gang, earning a year in solitary confinement for assaulting a corrections officer. But for the first time in his life, he also began to reflect.

Now when he goes back to his old neighborhood, he still feels a connection to his old life.

But he is in a different place now.

“This is what you were born into, this is the misery of your reality,” he tells young men who remind him of himself at an earlier age. “But you yourself have the power and strength to rise above this.”