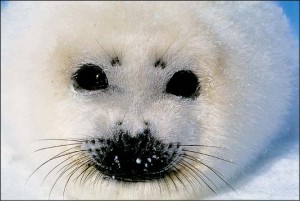 Charlie Fuqua has been endorsed by and received substantial money from a primary political party.

The unhealthy atmosphere being created by America’s political candidates is now breathed by children in many states and destroying young lives, schools, neighborhoods, and filling prisons beyond capacity.

Charlie Fuqua, outspoken Christian, & Arkansas State House candidate, is an excellent example of the wrong people being sent to prison.

Read his text & send him a note at;

CharlesRFuqua@gmail.com   In Charlie’s words (not all spelled just right);

The maintenance of civil order in society rests on the foundation of family discipline. Therefore, a child who disrespects his parents must be permanently removed from society in a way that gives an example to all other children of the importance of respect for parents. The death penalty for rebellioius children is not something to be taken lightly. The guidelines for administering the death penalty to rebellious children are given in Deut 21:18-21:

This passage does not give parents blanket authority to kill their children. They must follow the proper procedure in order to have the death penalty executed against their children. I cannot think of one instance in the Scripture where parents had their child put to death. Why is this so? Other than the love Christ has for us, there is no greater love then [sic] that of a parent for their child. The last people who would want to see a child put to death would be the parents of the child. Even so, the Scrpture provides a safe guard to protect children from parents who would wrongly exercise the death penalty against them. Parents are required to bring their children to the gate of the city. The gate of the city was the place where the elders of the city met and made judicial pronouncements. In other words, the parents were required to take their children to a court of law and lay out their case before the proper judicial authority, and let the judicial authority determine if the child should be put to death. I know of many cases of rebellious children, however, I cannot think of one case where I believe that a parent had given up on their child to the point that they would have taken their child to a court of law and asked the court to rule that the child be put to death. Even though this procedure would rarely be used, if it were the law of land, it would give parents authority. Children would know that their parents had authority and it would be a tremendous incentive for children to give proper respect to their parents.