Working as a volunteer in child protection services as a guardian ad-Litem, about half the children in my case load were proscribed psychotropic medications without effective therapy (some as young as 7).

Hennepin County Judge Heidi Schellhas shared a list she kept of psychotropically medicated children that passed through her courtroom in child protective services over a one year period.  The list was staggering (some as young as 5).

For those of you unfamiliar with suicidal ideation resulting from the use of psychotropic medication, please take a moment and visualize what it might be like for a frightened, very young child, taken from her home because of terrible abuse, all alone and very afraid.

There is no one she can turn to, no way she will understand the events taking place, and now she may be forced to take psychotropic medications so that the people caring for her with find her easier to deal with.

My first visit to her was at the suicide ward of Fairview hospital (she was 4) and she really did not want to be here (here as in anywhere on this earth).

I have written about the 7 year old foster child that hung himself and left a note about his hatred of Prozac & Jeff Weiss at Red Lake.  Suicidal ideation is a common side effect of many of these drugs.  It’s horrifyingly real and completely uncontrollable – I have had the experience.

What has been happening at GlaxoSmithKline and other giant pharmaceutical companies has now been found to be a criminal act.  This is no small finding;

Promoting more and better mental health services to troubled youth will empty our jails*, our schools would graduate many more students, and our streets would be safer.

*Why do the criminals at GlaxoSmithKline not do jail time?

Listen to INVISIBLE CHILDREN for free (on this site)

Download the Amazon Kindle Version of our Invisible Children Ebook for 2.99 (support KARA)

Support KARA’s effort to stop punishing children; sponsor a conversation in your community (invite me to speak at your conference) / Buy our book or donate Follow us on Twitter http://twitter.com/KidsAtRisk 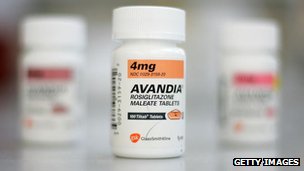 GlaxoSmithKline (GSK) is to pay $3bn (£1.9bn) in the largest healthcare fraud settlement in US history.

The drug giant is to plead guilty to promoting two drugs for unapproved uses and failing to report safety data about a diabetes drug to the Food and Drug Administration (FDA).

The settlement will cover criminal fines as well as civil settlements with the federal and state governments.

The case concerns the drugs Paxil, Wellbutrin and Avandia.

Deputy US Attorney General James Cole told a news conference in Washington DC that the settlement was “unprecedented in both size and scope”.

GSK, one of the world’s largest healthcare and pharmaceuticals companies, admitted to promoting antidepressants Paxil and Wellbutrin for unapproved uses, including treatment of children and adolescents.

We have learnt from the mistakes ”

The illegal practice is known as off-label marketing.

The company also conceded charges that it held back data and made unsupported safety claims over its diabetes drug Avandia.

In addition, GSK has been found guilty of paying kickbacks to doctors.

“The sales force bribed physicians to prescribe GSK products using every imaginable form of high-priced entertainment, from Hawaiian vacations [and] paying doctors millions of dollars to go on speaking tours, to tickets to Madonna concerts,” said US attorney Carmin Ortiz.

As part of the settlement, GSK agreed to be monitored by government officials for five years.

GSK said in a statement it would pay the fines through existing cash resources.

Andrew Witty, the firm’s chief executive, said procedures for compliance, marketing and selling had been changed at GSK’s US unit.

“We have learnt from the mistakes that were made,” Mr Witty said. “When necessary, we have removed employees who have engaged in misconduct.”