A Rough Day in the News 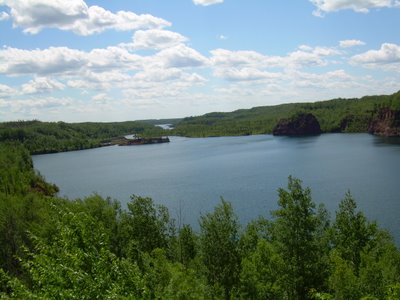 In St Johns Arizona, an eight year old boy shot and killed his father and another man. Child abuse was mentioned in the first reports, but is being denied by neighbors and friends. The police have asked that the boy be tried as an adult.

I am recommending that anyone who reads this contact the St Johns Arizona Police office and ask them to increase their training budget for their department because no sane person wants eight year old children to become part of this nations criminal justice system.

Next, Public defenders in seven states are rejecting new cases and suing to stop the increase in caseloads, claiming that they are unable to provide any real service to anyone under current circumstances. Some lawyers now have 500 cases. One attorney had 13 cases set for trial on the same day. The state of MN recently quit providing public defenders for parents having their children removed through child protection services (it was reversed due to public pressure, but it shows that even a fairly wealthy, and historically liberal state can make onerous decisions).

The state of Arkansas, in what is called “antipathy” to the election of Obama, have voted to forbid unmarried couples from adopting children. This is mainly to thwart gay people from adopting. Anyone working in child protection knows the terrific lack of homes, love, and resources facing adoptive children. It is hard for me to fathom the mean spirited emotions that would so negatively impact already distressed children.

As a long time guardian ad-Litem, I’ve had the experience of gay couples adopting, and it has all been extremely positive. For one, gays have empathy for the abuse and fear carried by abandoned children. They have suffered themselves the social and family pain of ostracism and personal doubt (all abandoned children blame themselves and don’t often completely overcome the mental anguish of being removed from their birth family).

Consider calling Jerry Cox, the president of Family Council Action Committee, (501) 375-7000) the man who obtained the 95,000 signatures that made this bill into law and asking him if he has spent one day in child protection, or knows one child that needs an adoptive home. Maybe ask him if he has any gay friends.

Tell him what I have said about how hard it is for adoptive children to find homes, and how cruel it is to make it even harder. You might mention to him that there isn’t a religion in the world that deliberately makes life more difficult for the weakest and most vulnerable among us & if his religion is behind this meanness, he should abandon his church and find a kinder gentler religion.

Tell us your story, comment, or perspective.  If this is worth sharing with others, press the share this button below and send it to someone you know.