In Whose Best Interest? 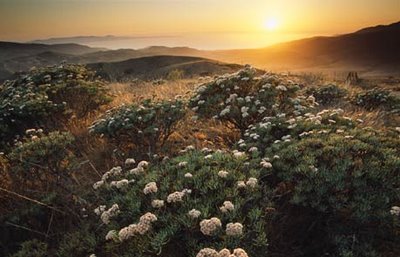 What drives the policies and programs that rule the lives of abused and neglected children?

Within the Child Protection system, like most big organizations, the fear of change is omnipresent.

A director closely monitors and directs the critical elements of national/state policies within their jurisdiction. A program gets too edgy, it will lose funding, dry up and blow away.

While this is rarely stated bluntly, there is little question as to what happens when the sub organization seeks to point out failure or demand change outside the national/state guidelines.

I have recently sensed the fear of an administrator torn between making waves to point out a serious system flaw (doing real damage to children) at the risk of drawing the national organizations attention.

It’s not really a choice, for a program director torn between losing funding (organizational suicide), or safeguarding the organization by not speaking out.

This question would be less problematic if our institutions were getting the results they were designed to achieve (if results were positive).

To this point, Kathleen Long, author of ANGELS AND DEMONS clearly articulates,

“If you measure the success of our institutions by what it is they actually create versus what they were designed to create”, (the following are my words) our Child Protection system creates mentally unhealthy youth, future felons, and pregnant teenagers.

Children in Child Protection are suffering twice the level of PTSD as soldiers returning from Iraq.
80% of children aging out of foster care are leading dysfunctional lives.

Almost half the youth in the juvenile justice system have at least two severe mental health diagnoses.

The amount of psychotropic medications prescribed to children in Child Protection is horrendous (and the vast majority of these children receive grossly inadequate mental health care).

Will abused and neglected children forever remain stuck between the sexual abuse, violence and drug use within a dysfunctional family and the unresponsive and under-resourced agencies chartered to care for them?

One of my first cases involved a judge returning a four year old boy to his father. The father was in prison and had a court order in an adjacent state to stay away from young boys (due to his sexual assaults on young boys).

Over a four year period this boy was tied to a bed, left for days alone in an apartment, starved, sexually abused and beaten severely. Recovering from this type of abuse might have been possible had he received sufficient care and resources. He did not.

The boy is now 19, and his life was altered forever in many terrible ways by a judge’s misguided decision to return him to his father.

Would a judge that understood the depth and scope of the problems abused children suffer from have made the same decision? Do we routinely appoint judges to Child Protection cases that do not understand or appreciate the nature and substance of the issues that will forever impact At Risk children? I think so.

I have many more sad tales from 12 years as a guardian ad-Litem. Most people working in Child Protection have similar stories.

This is not a small problem. Three million children a year are referred to Child Protection agencies in America. If witnessing the rape and assault of your mother were considered child abuse, the number would be closer to Six Million.