Yes, We Do Know 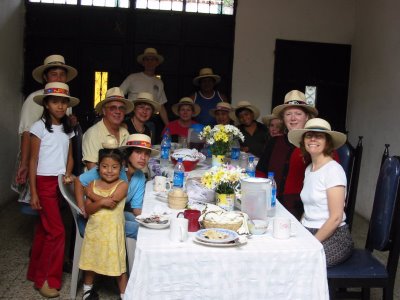 Today’s (5/6/08) Minneapolis Star Tribune article “Disorders are likelier in adopted teenagers” reviewing Margaret Keyes U of M research, is not helpful to children in child protection.

While the article concentrates on infant adoptions and it does state that adopted kids are 2.5 to 6 times more likely to show up for counseling than non adoptive kids, the author makes the claim that “No one understands why adopted children are more troubled, nor how often those emotional problems extend into adulthood“.

As a long time volunteer guardian ad-Litem working with children in child protection, it hurts me to see this kind of statement in print.

If there is one thing we should know about American children that have been removed from their birth homes, it is that they have suffered extended exposure to violence and deprivation.

This is the definition of the “Imminent Harm Doctrine” which is the legal statute that allows children to be removed from their family.

Extended exposure to violence and deprivation is also the World Health Organizations definition of torture. Children are not removed from their birth parents unless the home environment has endangered the life of the child. That is the law.

Of the 50 children I have advocated for over twelve years, all had experienced severe and chronic violence and neglect. Sexual abuse of children is not uncommon. Their stories would make you cry (you may listen to them on this website under the book button).

To express wonder at why abused children develop emotional problems as they age is misleading and unfair to these children.

A child protection judge has provided me the annual psychotropic medical prescriptions taken by very young children in her courtroom. I have not seen children in child protection receive the therapy that should have accompanied the drugs. Five year old kids proscribed Prozac. Ritalin is a cocaine derivative.

I have experienced four and five year olds trying to kill themselves.

To expect these children to go to school, play well with others, and become fully functional human beings without special attention is just wrong.

MN former Chief Justice Kathleen Blatz has stated that the vast majority of children in the Juvenile Justice System have come out of the Child Protection System. Marion Wright Edelman (Children’s Defense Fund) clearly articulates the relationship between abused children and prison. Almost all criminal justice inmates have passed through the juvenile justice system.

More than half of the youth in the Juvenile Justice System have mental health problems (about half of this number have multiple and severe diagnosis).

It is clear to me that most of the three million children per year that are referred to child protection services, need and deserve much more help than they currently receive.

Troubled children would not go on to disrupt our classrooms and hurt our school performance (25% of U.S. high school graduates are functionally illiterate) and they would not be arrested and sent to prison (44% of the adult male African American Hennepin County residents were arrested in 2001).

Art Rolnick at the Federal Reserve has done extensive work on this issue and proven that early childhood education is a terrific return on investment for our community.

Speaking openly about children in child protection and focusing on their needs to make the economic argument for helping them, would give us safer streets, better schools, and empty jails and prisons.

We would also have happy functioning members of our community instead of the troubled youth we have today.

Today’s cost of incarceration, failing schools, and unsafe streets are exponentially greater than the costs of intervention and prevention

It is also the right thing to do.

Ignoring or misunderstating children’s issues is not helpful to them (or us).

We very much do know why adopted children are more troubled and that their emotional issues do extend into adulthood. We also know what needs to be done to help them.

Take the time to investigate the discussion groups on this website.  It is easy to participate.