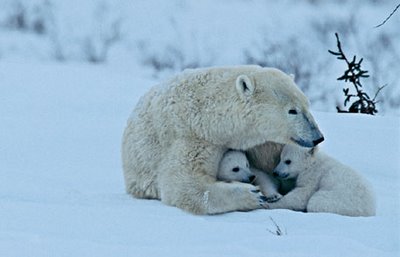 My passion for the topic and love for public speaking often places me in front of business groups making a basic economic argument for mending abused and neglected children.

It pains me that this simple lesson in finance is so hard to comprehend for so many people.

One untreated, *traumatized” child can spend thirty or forty years in and out of institutions (child protection/juvenile justice/criminal justice), hurting themselves and others along the way.

Former MN Chief Justice Kathleen Blatz says that “the difference between that poor child and a felon, is about eight years”.

Most of these poor children becomes unhealthy adults and have their own poor children (now that’s exponential). Many preteen mothers have adolescent felon falthers with little hope of raising a happy or functional family. Recent studies show that almost 80% of children aging out of foster care are leading dysfunctional lives.

The economics of treating at risk children early is proven to be exponentially less costly than paying for the many years of institutionalization and the added encumbrance on our communities when they are not institutionalized.

Consider the burden these children place on our school systems. Few people outside of education have any idea about the serious behavior problems abused and neglected children bring to school. No record is kept of 9 year olds on psychotropic medications or the treatment they do not receive.

It can reasonably be argued that the approximately three million U.S. children reported to child protection services each year are passing through our public schools. Educators are required to manage a significant number of seriously troubled children while trying to bring meaningful instruction to large classrooms with less and less resources and public support each year.

For the last several years 25% of America’s graduating seniors have been functionally illiterate and our inner city high school dropout rate is approaching 50%.

On the world stage, we have fallen from our many years at the very top rank of all educational and qualitiy of life indices (among the 24 other **industrialized nations) to the very bottom in almost all of these measurements.

It is not educators or schools that have failed us. It is the unpreparedness, and serious problems brought to school by the millions and millions of troubled children that have overwhelmed our institutions.

In 2006 MN schools had 900 students per counsellor in its high schools. New Jersey removed all of its counsellors and mental health workers (all students needing help were sent to jail).

Under the NCLB almost all non “critical” programs have been forced out of our schools. Troubled youth find little help to deal with their serious problems (in 2005 MN had a total of 15 child psychiatrists).

Some states have predicted the need for future prison space by extrapolating from failed third grade reading scores. Minneapolis MN (Hennepin County) arrested 44% of its Black adult male population in 2001 (with no duplicate arrests).

America’s cost of prisons and jails has grown exponentially since the drug king pin laws and mandatory minimum sentencing guidlines were passed into law twenty years ago. The price tag for crime in the U.S. is estimated at between 1.1 and 1.6 Trillion dollars each year (insurance and incarceration cost figures).

It is pretty clear that helping each child cope with a troubled family life, learn to read, make friends, and become a functioning juvenile will add contributing members to our communities and save us millions of dollars (that is without calculating the very real costs of violence to our friends and families and our growing number of tortured inner city neighborhoods)

Can you help me to bring this message to a few more people so our policy makers can begin to understand the importance of supporting programs, people, and policies that help at risk children?

*In the U.S., the Imminent Harm Doctrine requires that a child’s life be endangered by his parents before being removed from the home. This is one definition of trauma.
Many abused and neglected children live for years in violent abusive homes. The World Health Organization’s definition of torture is “extended exposure to violence and deprivation”.

Post Traumatic Stress Disorder is twice as common among children in child protection systems as it is among war veterans returning from Iraq.

**Those 24 nations with 200 year old democracies. Today we rank ourselves about in the middle of the 48 “emerging nations” instead of the much more accurate and meaningful “last” among the industrialized nations.