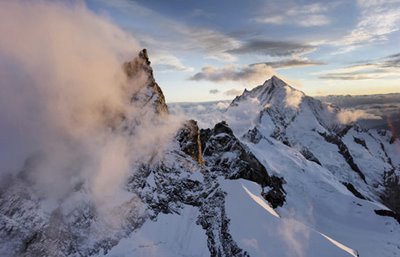 Reading this weeks legislative Session Weekly (thanks Dave), it is terrific to see politicians joining the movement to make life better for children. When I speak to groups on the topic of children’s well being I point out how much our community saves each time a child doesn’t start having babies when she’s 15 and boys don’t drop out of school when they’re 14.

People respond to money. Most of us can’t grasp the long-term costs to the community of a child born into a dysfunctional family that never has the opportunity to develop the social skills necessary to lead a healthy life. The ability to learn, play well with others, and live in society is not delivered by the stork.

Children without these skills become institutionalized for a very long time (instead of leading productive lives). Stillwater prison cells are costing us about $80,000 per year per inmate this year.

That’s something I know about. As a guardian ad-Litem I’ve met the most beautiful young children that have been so seriously damaged by what happened to them in the home that they are still dysfunctional ten years after entering child protective services.

It’s hard to relate how that damage keeps them from learning to read, or developing the social competence or personal skills to make it in school. It’s impossible to describe the level of anxiety and perpetual state of alarm seriously abused children exist in and how it impacts each breath they take and every decision they make. It is why* they make so many bad decisions.

Grants are being suggested for early literacy programs and day care for poor children. From a purely economic perspective, the impact of having poor children learn how to read and play well with others could make us not only the wealthiest and most productive nation in the world, but the safest, healthiest, and most educated also (like we once were).

There has always been a direct correlation between healthy children and healthy communities.

Compared to what we spend on the direct and indirect costs of crime, failed schools, and an overburdened health system (that carries what is proving to be a very expensive burden of keeping abused and neglected children alive over their entire lifespan), day care and library programs will prove to be a thousand times better investment than juvenile justice and prison.

Besides that, it is the right thing to do.

*Why abused children make so many “bad” decisions. Traumatized children learn to live and make decisions from the flight or fight part of the brain (the amygdala) and they do not develop the executive function associated with making decisions based on tomorrow (or consequences) which results in:

90% of the children in Juvenile Justice come out of child protective services (Chief Justice Kathleen Blatz).

Almost half of the juveniles in the juvenile justice system have serious and multiple mental health disorders.

For years now, 25% of high school graduating seniors have been illiterate, America’s inner city high schools are graduating less than 60% of their students.