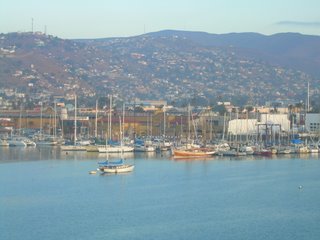 Because the waiting list for subsidized daycare is one year into the future for the father of the children I represent (as a county guardian ad-Litem) there is a good chance that his two small children will be taken from him by the county and adopted by someone he has never met.

It is also possible that he may not be able to visit his children if they are adopted.

John (not his real name) is an ex felon that has turned his life around and is now there for his children when their mother has lost custody due to her severe problems with substance abuse and failure to keep her children safe from harm.

John’s efforts have been remarkable. He works hard, means well, and loves his children. His job gives him a great sense of meaning and is very important to him.

His choice today is to quit his job and go on welfare and care for his children or keep working and face losing the children to adoption. Minnesota used to be the fifth best state for providing day care. Today it ranks 29th.

What benefit does our community reap by giving him this choice? Do we save that much money? The cost of welfare and daycare are both about the same (so money isn’t the issue).

I’m in touch with the children’s suffering and I know how much it will hurt them if dad chooses to keep his job and give up his children.

It’s been a brutal year for these children as they’ve watched their mother struggle with substance abuse as they were moved a foster family while dad and mom have fought to create a home that the children are safe in.

I appreciate the argument that “if we were talking about mom” the assumption would be that mom quit her job (go on welfare) and care for her children. Is it useful to our community to force either mom or dad to quit their jobs and go on welfare because they can’t afford childcare?

What higher purpose is served by taking children from poor people that have to fight so hard just to live among us?

The sadness that I’ve witnessed this family live through this past year is terrific.

Daycare for poor working class people is not an extravagance if it can keep families together and mom or dad working. It is a bargain.

Respond to a KARA blog, or join or start a discussion or group to start a dialogue in your community.