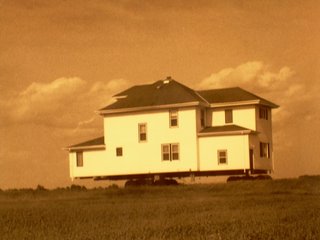 I’m now hated by one of the children I was best friends with as a guardian ad-Litem. She wants to be reconnected with her mother (which I agree with) and have her younger siblings moved back into her mother’s care (which I don’t agree with). This will be my fourth court battle with her mother (over seven children).

She and I met ten years ago at a court hearing that placed her out of the home when she was seven years old because her (crack addict) mother’s lover had been sexually abusing her (for about four years) and had once kicked her so hard she went into convulsions.

She has been on Prozac, Ritalin, and other psychotropic medications without any serious or long-term therapy pretty much her entire childhood.

Just a reminder to the rest of us what it’s like for a seven year old (3, 5,7, 11) to take the long ride to St. Joe’s Home for Children, not knowing if mommy will ever get well enough to tell me she loves me and hug me like she used to.

If we were honest, we would add, that all of Minnesota’s emergency mass care homes for abandoned children have a similar bizarre atmosphere.

The air is filled with the powerful emotional and mental health issues being dealt with by abandoned children and well-meaning, overwhelmed people barely able to keep their charges from hurting themselves.

My young (one-time) friend has moved into a dozen new homes over these ten years, knowing that no one loved her and feeling strange and different from all the other children in her home, or in her school, or on her block.

I will never forget the fear she showed when I drove her from the courthouse to St. Joe’s home for children. That fear has been with her for ten years and it is with her still, constantly.

You could say that her fear defines her as a person, as she makes all her irrational decisions based on fear and anxiety (almost all her decisions are irrational).