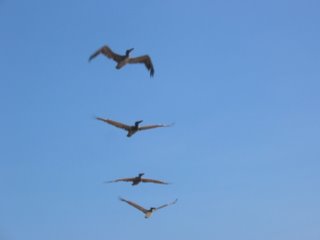 Help ourselves by helping at-risk children;

On June 28, I attended the all day Call to Justice forum at Metro U in Minneapolis with about 500 others. Tom Johnson began the program with an overview of the mountain of research that went into the event and his observation that there is serious racial disparity in our police and court system.

Alan Page, Mayors Rybak and Coleman, smart top officers from both Minneapolis and St. Paul Police departments, Minnesota Senator Julianne Ortman, and a host of other insightful people from the University, the downtown council, WCCO, Hennepin County District Court, Council on Crime and Justice, Target Corp, and others came to talk about reducing racial disparity and enhancing public safety.

Three separate panel discussions and five presenters questioned and debated why the circumstances are so lopsided and what to do about the overrepresentation of people of color in prisons, courts, and jails. At times the discussion was passionate.

I was struck by the measured and open discourse between the panelists and the various approaches to understanding and solving the problems of discrimination and victimization. Many honest hardworking citizens have a very real complaint that they can hardly walk to the store without being stopped by police. The cops are in a hard spot for policing too harshly or not enough.

The North side is under daily assault by gunfire and murder. Families live in fear of bullets and gangsters. No amount of policing is making it easier to live in certain parts of our cities. All the prisons in the world cannot solve the problem of crime in our nation.

Only ten percent of the citations issued in Hennepin County to people of color are prosecuted (90% are dismissed). 44% of African American men living in Hennepin county were arrested in 2001 (without any duplicate arrests). At least six major cities in America have Black male unemployment rates of between 40% and 50% and ex felon rates of between 50% and 60%. There are over 600,000 felons leaving prison each year in America. Minnesota ranks behind only Milwaukee in racial disparity within our courts and prisons (Alabama, Mississippi, and Arkansas have better records than Minnesota).

Over ten percent of America’s African American men cannot vote because they are barred due to a felony on their record. Minnesota is in its third year of prison growth of over ten percent per year.

It was agreed that we need more decent jobs, preschool and after-school programs, diversity training, and concern for poor people.

No one at the conference addressed the mental health issues that are at the root of the criminal and juvenile justice systems problem.

Judge Kevin Burke answered my question about the role mental health plays in juvenile justice. He stated that 37% of his offenders had a serious mental health diagnosis. The national average appears to be close to 50%.

No one at the forum mentioned Prozac and other psychotropic medications that are being poured into children (as young as four) in our child protection systems without concurrent therapies or treatments. The traumas of child abuse and being removed from a birth family are severe and lasting. Children don’t learn social skills and mental health mending unless systems are in place to help. It takes a village and concentrated resources to make a damaged child healthy again.

I was keenly aware of the best and brightest minds in our community discussing the impossibly complex issues of crime and justice and racial disparity. It was disappointing that no one except Dr. Bravada Garret-Akinsanya (to the best of my memory and notes) brought attention to the fact that the majority of people in the juvenile and criminal justice systems have serious mental health problems that cannot be solved by policing, courts, or school programs. If no one talks about the core issue of mental health, nothing can be done to improve it.

Ending the cycle of child abuse, fetal alcohol syndrome, drug addiction and family violence that currently impacts the lives of America’s at-risk children will save great sums of tax dollars and allow thousands of children to lead normal lives.

Suffering and in great pain, abused and neglected children are unable to learn or succeed in school without restorative services. At-risk children grow into dysfunctional adults and often spend thirty or forty years in and out of public institutions (about 80% of children aging out of foster care lead dysfunctional lives).

While American policy obsesses over ‘terrorism’ and the few thousand ‘crazies’ that would destroy the western world, the exponentially greater problem of cyclical poverty, substance abuse, crime, child abuse, and the prison mentality lies just in front of our noses.

What is filling our prisons and ruining our cities is the methodical destruction of children of families stuck in the generational evolution of poverty, violence, and drug and alcohol addiction.

Children raised in these families enter our public schools, county child protection services and graduate into our juvenile and criminal justice system where they are punished further.

Ask anyone that has worked with abused and neglected children about the value of punishment as a tool to be used on at-risk children. Abused children often view their whole life as a punishment.

Our court system guarantees punishment for the behavioral problems plaguing abused and neglected children. That is why so many of them end up in prison. The correlation is stunning. Chief Justice Kathleen Blatz has stated that 90% of the children in juvenile justice have come out of child protection.

There is no money to be saved by not helping these children gain the skills and mend their behaviors to fit into our communities. We cannot hide from the violence and anger that grows with these children when they are allowed to move through our institutions without being made well.

We will be helping ourselves by helping them. Once the cycle is broken, at-risk children become healthy normal adults leading fully functional lives. Our schools will benefit, our courts, prisons, and jails, will shrink, and our streets will become safe again.

How best to build support for at risk children?

Got a different point of view, want to play devil’s advocate, or just think we’re all wet? Post your experiences or examples.   If you think  someone might appreciate this information,  press the share button below..