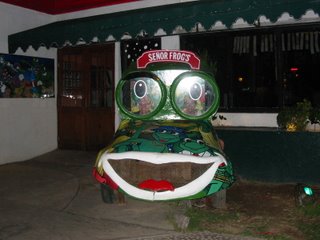 Boston’s Catholic Charities to halt adoptions (Star Tribune 3.11.2006) because of the churches concern with sexuality issues.

There are not nearly enough loving adoptive homes for the multitude of waiting children.

Because of budget cuts, war, and some would argue, misplaced priorities, state and federal programs to help at risk children are in jeopardy all across America.

Almost all the East Coast states have been plagued with examples of inadequate child protection services and sad stories about abused and neglected children being ignored or abused again by systems that are only partially supported by the institutions designed to protect them.

There are three million children reported as abused annually in this nation. About one million children enter child protection services. The number would be almost twice as high if the standards of Minnesota’s 1999 child abuse statute had remained and been implemented nationally.

In my work as a child court advocate (guardian ad-Litem) I have formed the conviction that gay and lesbian couples are extraordinarily well suited for adopting abused children.

Children removed from their birth homes have been traumatized twice; once (usually over years) for the abuse that happened in the home, and then again as they proceed through the process of being removed from the home and through the legal proceedings that place them in foster and adoptive homes. It’s a frightening process for anyone. You should see what it’s like for a seven-year old. The experience will stay with you.

I would ask the church to spend one day with a teenager that has been on the adoptive waiting list for a longer than normal period of time and get to know the child’s issues.

Then, interview a gay or lesbian couple and see if you can perceive the enhanced sensitivity and understanding that I believe they offer an abused child.

This exercise will also make it easier for Catholics to understand the terrific need abused children have for bonding and for love and the ability of gay and lesbian couples to provide it.

Ending all adoption work for abandoned children in Boston because a gay or lesbian couple might adopt and denying all abused and neglected children this supremely important part of life because of outdated church doctrine is wrong. Is this what the church wants to be known for?