Another Day in Family Court 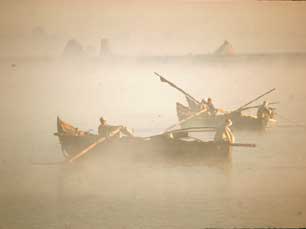 Mom (Carol) was in court today with her daughter (Ann) even though mom’s parental rights were terminated seven years ago.

The social workers and I thought that there might be a mutual benefit for mother and daughter to reattach (supervised visits with a therapist) after all these years because Ann was such a mess and there appear to be few choices left for Ann.

Ann has been having sex in cars during High School, unable to read at a third grade level, and other even more dangerous and illegal activities over her fifteen years (cutting herself and prostitution).

Her mom was all cracked out when I first met her eight years ago. On my first visit she caused the evacuation of her apartment building with a grossly stupid act. She started a fire and told no one about her mistake causing great chaos because of her refusal to bring attention to where the fire was. I could only observe her behavior with wonder and sadness. Crack really does own the user.

Over the next few years I (as the guardian ad-Litem) removed five children from Carol in three separate family court hearings. Cocaine was present in the blood tests of several of her children (they had been given cocaine as very young children), and there were obvious signs and extensive reports of sex abuse to the oldest daughter and at least one violent beating of this child by “uncle” Tim”.

All Carol’s children showed severe signs of abuse and trauma. Tim was implicated in most of this abuse.

I had told the judge at the time that Carol and Tim belonged in jail for what they had done to these children. The judge and my supervisor explained that criminal charges would complicate the removal of these children from their toxic environment, so I relented.

I was told that seven years olds are not credible witnesses in a courtroom. I have since then found out how impossible it is for seven year olds to find justice in our legal system (they just don’t hold up under cross examination).

Carol now has two children under four years of age. In the course of several hours of my investigating her living conditions to see if visitation with her very needy daughter should be recommended, it was discovered that her oldest child (four years old) has been ingesting cocaine. There is also a police report of sex abuse of this child by an uncle. I saw Tim on my visit the last time I was there.

Waiting outside the courtroom alone with Carol, I asked her if she had any idea of the long-term impact of sex abuse and cocaine use upon her very young children. She asked me why I had been chosen as the guardian ad-Litem for her two youngest children. I said I thought it might be because I knew her family history.

I wonder how many children Tim has abused in his life?

Our courts, schools, and children badly need our understanding and attention.

Call your state representative or send a letter (copy one from my website: www.invisiblechildren.org ).