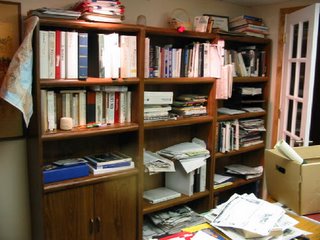 The following is one of my best of all times policy making efforts I have ever encountered. It was a note from MaryJane Westra from Fergus Falls MN;

The hour really flew by (our radio interview with Ember Reichgott Jung).

I wanted to tell you about what we did with our local state Senator Cal Larson on Dec 24, 2003. We put him in foster care for a day. We went with the police and picked him up from his house.

We gave him a teddybear and I explained to his “mom” (his wife) that we would be taking himfrom the home “for a while” and “we will be contacting you.” He cried
REAL TEARS when I asked him to get some pj’s and his special blanket.

I took him to social service (by police car) and he was interviewed and given a duffle bag. Then I took him to a foster home (strangers to him)and dropped him off and actually left him for an hour.

Then I returned and took him to the doctor for an exam. The whole project took 3 hours but Senator Larson has been a friend to the agency every since! He returned to that foster family (this time as a Senator, not a 7 year old boy) and gave them Xmas presents and he has done it every year since.

Our Representative, Bud Nornes, was not interested in participating in this awareness event. We got some good media coverage. I’d be happy to do that for another legislator if you knew someone that needs enlightening. It was FUN!

Be well, Mike. Keep in touch.

My note to her;

If enough of us talk to our friends, neighbors, legislators & those who work and live with abused and neglected children, we will end the madness that has become America’s public policy of filling the prisons, ruining our schools, and making our cities a dangerous place to live. Pass it on.