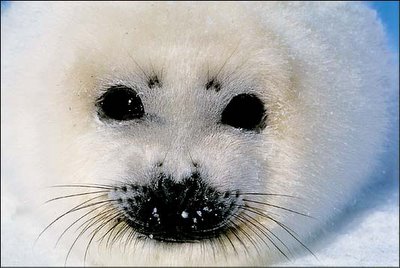 In a recent column I wrote about the dangerous increase in the criminalization of our children, asking how we got here. Of course, this leads to a second key question: how do we get out? Researchers and practitioners agree that mentoring, tutoring, gang prevention, substance abuse prevention, dropout reduction, community service, quality after-school and summer programs and jobs, and nurse-visitation initiatives are among the right preventive investments in our nation’s youth.

But since 2001, the Bush Administration has proposed funding reductions in federal youth prevention and intervention close to 66 percent. Actual funding has dropped more than 40 percent, with additional cuts being considered for next year — a reckless budgetary decimation of the very programs and services that help keep children out of trouble and on the right path in life.

If we know what works, how can we possibly allow children, particularly poor and minority children, to consistently get the short end of the stick of our budgetary priorities?

Eliminating youth services costs us much more in the long run in terms of our criminal justice system, incarceration and other public costs. Conservative estimates place the total savings of diverting one child from a lifetime of crime at about $1.5 million. Much more importantly, that child has the opportunity to succeed in life – an opportunity that is each person’s God-given birthright. There are models for how we can do this for more of our nation’s children. The state of Missouri’s approach to juvenile justice services gives us one example of how to get things right.

Experts praise Missouri’s Division of Youth Services as a “guiding light” of juvenile justice reform, and they credit Mark Steward, the division’s recently retired director, with building – and sustaining – the finest state juvenile corrections system in the country. Dubbed the “Missouri model” by reformers in other states, the youth corrections system strongly emphasizes rehabilitating young offenders in homey, small-group settings that incorporate constant therapy and positive peer pressure under the direct guidance of well-trained counselors.

When a young person commits a crime, judges generally reserve commitment to a Division of Youth Services residential facility as the final option for only the toughest of cases – about 1,300 each year. For most youths, “aftercare” consists of a prolonged relationship with a case manager. Many youths are also assigned a “tracker”— often college students, or sometimes residents of the youth’s home community, who meet with them regularly to monitor their progress. Missouri also operates 11 nonresidential “day treatment” centers year-round during school hours, and these facilities offer a way station for many teens after leaving a residential facility.

How do we know Missouri’s approach is working? A long-term recidivism study showed that only eight percent of youths released in 1999 were incarcerated in youth or adult corrections three years later, while 19 percent were sentenced to adult probation – meaning nearly three-fourths of these youths had avoided either prison or probation for at least three years. Compared with other states, Missouri’s results are remarkable.

Besides the obvious future savings that accompany its low recidivism rates, the Missouri model is also substantially cheaper than many of its counterparts around the country. In 2004, Missouri’s Division of Youth Services devoted nine out of every ten dollars in its budget to treatment services.

Across the state the annual cost per bed in a residential treatment facility ranged from $41,400 to $55,000, while Maryland spent $64,000 per bed in 2003, and California spent a whopping $71,000. Even worse, far more young people in Maryland and California end up in prison as adults, meaning those states effectively pay twice as much for inferior treatment.
So if successful models like Missouri’s are out there, why isn’t the entire nation following them?

We know what works to keep our children safe and out of trouble. The question is will we actually provide the support for all at-risk children? Our children deserve the chance to survive and thrive and to be protected from the cradle to prison pipeline that steals too many young dreams and futures.

Marian Wright Edelman is President and Founder of the Children’s Defense Fund and its Action Council whose mission is to Leave No Child Behind and to ensure every child a Healthy Start, a Head Start, a Fair Start, a Safe Start, and a Moral Start in life and successful passage to adulthood with the help of caring families and communities

Have something to add?  Tell us your point of view or story…Support At Risk Children,  Start a KARA group in your community.