Is Undertreatment of Mental Health Counter-Productive? 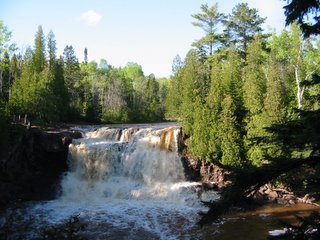 Last week I had the pleasure of presenting to the hardworking and committed service providers my talk on American institutions and their impact on abused and neglected children.

My talk is a hard discussion about the statistics, distrust, and outrage over failed schools, high crime, growing prison populations, and serious health problems and a direct correlation to abused and neglected kids.

The high point of my talk came during the open discussion when a Child Court Judge that I’ve known for many years challenged my promotion of mental health services. There were some sparks.

She is someone I genuinely respect both for her commitment to children and her deep knowledge of the issues impacting children. Six years as a Child Court Judge working with thousands of troubled children gives her a perspective of these issues not had by many others.

I surprised myself with my immediate reaction to her. Here was someone I anticipated would be fully understanding and appreciative of a child’s need for guidance and help due to the trauma of abuse and Child Protective Services.

It has occurred to me, that she, like most of the people working with abused and neglected children, has never seen the positive results of a mental health therapy regimen.

This should be no surprise to me.

There are forty-nine child psychiatrists in the state of Minnesota. Most of them practice in the higher paying suburbs (Medical Assistance pays a small fraction of the rates paid in the suburbs).

What passes for mental health therapy in most counties is under-trained people (however well motivated) trying to understand and devise teaching/learning strategies for seriously mentally damaged children. These well meaning people are incapable of understanding or dealing with the damage these children have suffered. Both the under-reporting of the severity and repetition of abuse and the lack of knowledge by the professional of the concrete impact of this abuse on the child, combine to insure minimal positive results from “mental health therapies”.

In ten years of Court Appointed Special Advocacy (guardian ad-Litem) work (fifty children) I have never witnessed a child that has been provided anything like mental health therapy upon removal from their toxic home. One four year old boy had been tied to a bed and molested for four years, another four year old girl had been kicked so hard by her abuser that she went into convulsions. Their mental health stories are a study in neglect.The few Child Psychiatrists that do work with the thousands of traumatized youth in the system are overwhelmed and largely unable to deal effectively with their caseload.

The guardian ad-Litem children I worked with were provided truly marginal mental health therapies only years after they had been removed from their toxic homes and mostly after their own attempts at suicide.

That my friend the Judge would be able to look me square in the eye and say that “mental health therapy doesn’t accomplish anything, why are you so in favor of it?, has caused me deep consternation.

If you had been infected with a terrible virus at four years of age but didn’t get to a doctor until you were eight, and the doctor said to you, “yes it appears that you have a terrible infection and really needed antibiotics when you were four. It’s too bad that you didn’t get them when you needed them. What I can do, now that you’re eight, is give you a prescription today.”

But, because we only have 49 pills in stock, instead of a prescription for thirty pills over thirty days (which is how antibiotics effectively overcome infections), she writes you a prescription for one pill a month for three months (guaranteed not to work).

The under application of a treatment (of any treatment) is ineffectual and it gives the concept of treatment a bad name.

I have repeatedly experienced poorly executed mental health therapies (for children in child protection) that were in fact counter-productive. At the same time more and more professionals believe that therapy doesn’t work.

Children suffer more abandonment & more trauma when their therapist prematurely leaves (quits the patient) than they would have experienced without treatment. I have yet to witness my county provide timely or adequate mental health therapies to any of the truly damaged children I have come to know through the Court System. Most of them take multiple prescriptions of psychotropic medications with very limited access to mental health professionals. The children’s behaviors and development are living proof of ongoing mental trauma.

This is my argument against poorly understood and poorly executed mental health services.

I’m assuming that my friend the judge has never witnessed a positive transformation due to adequate application of mental health services. I know it is possible. I have friends to prove it.

A short time later, this judge mailed me her psychotropic medication records of the very young children that passed through her courtroom in child protection cases.  The amounts of Prozac, Ritalin, and other brain changing drugs given to five and seven year olds is frightening.  My own experience with four year old suicides and very young children subjected to the traumas of sex abuse, violence and neglect, proves the need for consistent access to mental health services.