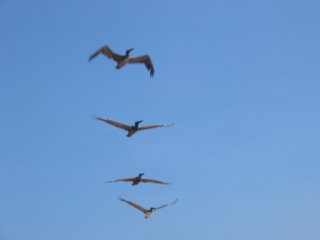 At the William Mitchell Law School today, I learned that Minnesota has been a genuine leader in Juvenile Justice in America for one hundred years.

The vast majority of people working with abused and neglected children quickly see the need for healing the mental and emotional scars left on children that have been terribly abused by their parents.

Most thinking people also perceive the benefits to the larger society of making children well and allowing them to become productive members of society (instead of leaving them dysfunctional and to go on to have more dysfunctional progeny).

Healing children through the efforts of the courts is making some people stretch their brain to accommodate something other than an adversarial approach to a Justice System.

Today at the William Mitchell Law Schools Conference on Innovations Ideas in Juvenile Law I observed the incongruity of bright committed people arguing opposite ends of the spectrum.

This would be just an interesting curiosity if it did not so glaringly exemplify the difference between healing emotionally and mentally disturbed children and imprisoning kids whose entire lives have been a punishment.

I call it our abandonment of twice-abused children. Once by their parents, and once by our Justice System.

Instead of assessing their mental status, we send them to jails and boot camps, to reinforce how different they are from we good people and why they must live apart from us.

Inevitably, these children go on to spend many years in our institutions.

They hate it, we hate it, and great expense and suffering is incurred along the way as it happens.

Some very smart people at the Symposium suggested that we just quit doing counterproductive things and do things that work. There are so many successful models.

We’ll save big money and many lives and we’ll feel much better about ourselves.

Thank you William Mitchell for your Symposium celebrating 100 years of Juvenile Courts in Minnesota. This was a much needed public dialogue.

It is efforts like yours that will spread the word and make people see the wisdom of better public policy towards children.