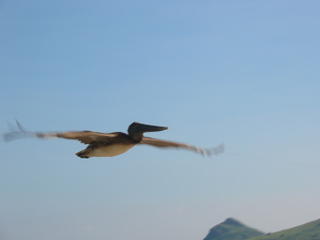 A year ago the St. Paul Pioneer Press published a series designed to help voters make choices leading to the November election. It ran for several weeks and featured listing of “facts unfiltered”.

In an issue devoted to education, one of the facts voters could take to the bank was that America spends more money per K-12 pupil than any nation except Switzerland. In other words, putting more money into education is not the answer.

The idea that we spend as much or more on K-12 education is a myth. The truth is that our peer democracies devote far greater resources on educating their children. Until we realize the myth for what it is, we are on our way down.

One of the most important reasons for a good public education system is to insure that all of our children get the best possible start in life. If we care about our country, we should want all children to be successful.

Educating our kids isn’t just a priority, it is the highest priority.

There are two critical factors that determine the success of education.

First, children must come to the process ready to learn. That means they have good nutrition and good health. It also means that their young minds are nurtured and that they are comfortable with children their own age. Second, the teachers need to be of the highest quality possible.

What do other nations do that we do not? I can cite the countries of Northern Europe because I lived in three of them for a total of ten years. I have been in their schools.

I also served on a Fulbright scholarship committee working with education leaders.

On average their child poverty is one sixth of America’s!

Every child has access to high quality pre-school child care. For example, the pre-kindergarten centers in Denmark are run by the ministry of education and child care workers are required to have three years of child development training after high school. Most Danish parents work so nearly every child attends these pre-school centers and they are ready to learn when they start kindergarten.

Their schools offer breakfasts so no child starts school on an empty stomach. In Finland, taxpayer paid school lunches are served to all kids, and every school has a dentist who provides in-school dental care. None of these countries has America’s silent epidemic of tooth decay as described by former Surgeon General David Satcher.

European teachers have greater support and they are far less likely to leave teaching for a higher paying job elsewhere. These countries also provide tuition for higher educations so qualifying children of teachers do not rely on their parents to pay for college.

In the US we have too many kids living in poverty, homeless, without health care, hungry, and left alone while parents work several jobs. Too many school children are not ready to learn, estimated at 35% by child development experts, and they never recover.

We have the highest rate of 12th grade illiteracy and the highest dropout rate. Too many end up in gangs, on the street, and ultimately in prison.

Spending on K-12 education is not limited to the cost of operating schools. That’s the small picture. The comprehensive resources devoted to child health, nutrition, early child care, housing and antipoverty programs result in a massive investment aimed at giving every child a chance to succeed in school.

In Minnesota we are going in reverse. The National Women’s Law Center has just ranked our state 40th nationwide in support for low income child care. In 2000 we ranked in the top five. In a breathtaking reaction to this report, Republican state rep Fran Bradley stated, “Our taxpayers remain very generous compared to other states”.

In our race to the bottom, some Minnesotans don’t seem to understand the issue. Providing resources to help children succeed is not a question of generosity. It is the life blood of America and it is a moral obligation.

The Pioneer Press was wrong, and their unfiltered fact is a horrible myth. We do not value educating our children, and that means we do not value children. That is shameful.

My friend Mike Tikkanen has written a new book, Invisible Children. On its opening page he quotes Pliny the Elder. “What we do to our children, they will do to society”.

Author, Nation Out of Step

Support schools and at risk children, start a KARA group in your community