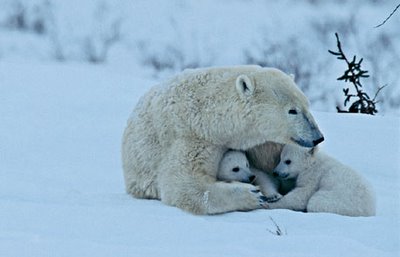 At last, a movement to bring public attention to the larger issues of abused and abandoned children (the best article I’ve seen on Child Protection Issues to date) MikeT

Process to find lasting homes for kids is under fire

After a particularly painful beating by his mother, Roosevelt Huggins stuffed some clothes into garbage bags and dragged them to school with no plans of turning back.

Then 13, he hoped it would be the first step toward ending years of abuse and starting a new life. Instead, he bounced from foster home to foster home — about six in all — before finishing high school.

The courts didn’t seem to notice that he wasn’t following a plan to find a permanent home, as required by law. In fact, his case just seemed to drift. It’s precisely the problem that a national summit of high-powered court leaders is tackling this week in Bloomington.

“Every time I went to court they talked about family reunification,” said Huggins, now 21 and living in Marshall, Minn. “They didn’t seem to understand that wasn’t an option.”

During the next two days, hundreds of judges and children’s experts — including about 25 chief justices of state supreme courts — will participate in a summit designed to spare other children the rootlessness Huggins endured.

It’s based on the premise that courts must take the lead in managing child protection cases, not just act as arbitrators, said Minnesota Supreme Court Chief Justice Kathleen Blatz.

All 49 states who brought teams to the summit — Louisiana had to cancel — will return home with concrete plans to make that happen, she said.

“If a case sits on our docket, a child sits in foster care,” said Blatz, who welcomed an overflow crowd of about 400 people to the summit Wednesday.

Managing child protection cases, she said, “means one judge, one family. It means you don’t [delay] these cases because someone is sick. You don’t make a kid wait in foster care three months while we tend to adult problems. It means that when parents leave the courthouse, they have a written notice of the next court hearing and a written case plan so they’re not wondering what the judges meant.”

Such changes aren’t just practical, they’re also critical for the child’s long-term well-being, speakers at the summit said. Foster care children, for example, disproportionately end up in the criminal justice system and in homeless shelters.

Huggins could easily have ended up that way. Upon leaving home, a teacher invited him to live with her family for a while. After that, he bounced through short-term foster homes as the court tried to reunite him with his mother. The trouble was that she had moved to California, he said.

“I lived in homes in North St. Paul, Woodbury, St. Paul Park and another place, I don’t even know where I was,” he said. “It played chaos with my mind. These are people you don’t even know. It was hard enough living with new people, but you’re also changing school districts. You feel like you’re alone. And you always worry you’ll have to leave again.”

Finally Huggins moved in with a foster family in Cottage Grove — a single mother and a son about his age. It wasn’t exactly a match made in heaven, but they worked things through, he said. And Huggins finished high school there.

And thanks to a lot of help from teachers, social workers and others — plus his own inner drive — he’s now attending Southwest State University.

“Kids need to have some options,” Huggins said. “They [courts] have to evaluate the situation and plan ahead better for the child.”
Huggins’ message was repeated at the summit. Keynote speaker William Byars told the crowd that child protection “isn’t a parent-protection system.” If parents can’t get their act together, it’s time for the child to move on, he said.

And courts need to make child protection a priority, said Byers, a former South Carolina judge who now runs the state juvenile justice department.
“This is not a rent case or a land dispute,” he said. “This is a child’s life. And a year is an eternity for a child.”

More than half a million children are in foster care nationally, staying for an average of three years with three different families, national data show. That situation has become the subject of growing national scrutiny.
Recommendations by a Pew Commission on Children in Foster Care this year have inspired a bill in the U.S. Senate that has a good chance of passage, said former Minnesota U.S. Rep. William Frenzel, the commission’s chairman.

For starters, he said, courts need to start tracking children in the court system, monitoring their placements and adoptions and the time it takes to find them permanent homes. The commission also recommended more training and better collaboration for court and child-protection workers and financial incentives for attorneys pledging to work on child-protection cases.

After the summit, every state will design a plan to improve its court performance on child protection cases, organizers said. They will share them at a National Call to Action later this year.

Said Blatz: “We’ve got to start looking at the system through the eyes of children.”

Jean Hopfensperger is at http://www.blogger.com/.

Support at risk children,  start a KARA group in your community