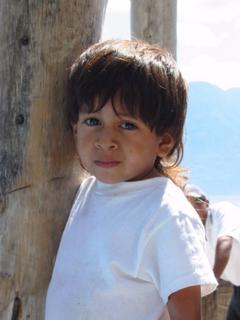 Century College held a talk by Sigred Bachmann from the Center for Victims of Torture on the impact of torture last night. She is a bright and articulate lady who lived through the horrors of nazi concentration camps, and made a new life for herself as a pediatrician, and now a speaker and helper for victims of torture.

There is a striking similarity in the language used to describe war torture victims and victims of child abuse.

“Repeated or prolonged exposure to violence or deprivation”, is what happens to abused children and torture victims.

The concept of trust, that is so easily taken for granted, is one of the significant long-term barriers to recovery. Children are violated and deprived by their own mothers and fathers. Many children never rebuild a level of trust sufficient to have a spouse or even a close friend.

Abused Children have the problem of self-loathing overcome because they subconsciously believe they are responsible for the abuse they have suffered.

War torture victims don’t have this problem. They know the inherent evil of their torture.

There is no book a child can go to that explains what normal is or the terrors that are being done to them. They have no one to turn to, they can’t even tell their parents.

Today’s war torture victims are finally finding Centers for Victims of Torture to help them rebuild their lives. It takes years of therapy and hard work to function again. Sigrid felt seven years was about the average length of time for a victim of torture to be rehabilitated.

What we are now doing is not working. Ask any teacher, social worker, mental health worker, or juvenile police officer that seek better results from the institutions they work in.

Unfortunately, many educators and child workers have become jaded to the negative public image of the system and do not believe that there are viable answers to overcome the problems that are ruining these children and our schools and communities.

America has suffered from years of educational failures, high crime and high rates of incarceration, unsafe schools and communities, and growing urban blight.

“The difference between that poor child and a criminal is about eight years”, MN Chief Justice Kathleen Blatz.

We have the skills, resources, and knowledge to successfully treat the mental health problems of abused and neglected children. Today, we simply need the awareness and the will to do so.